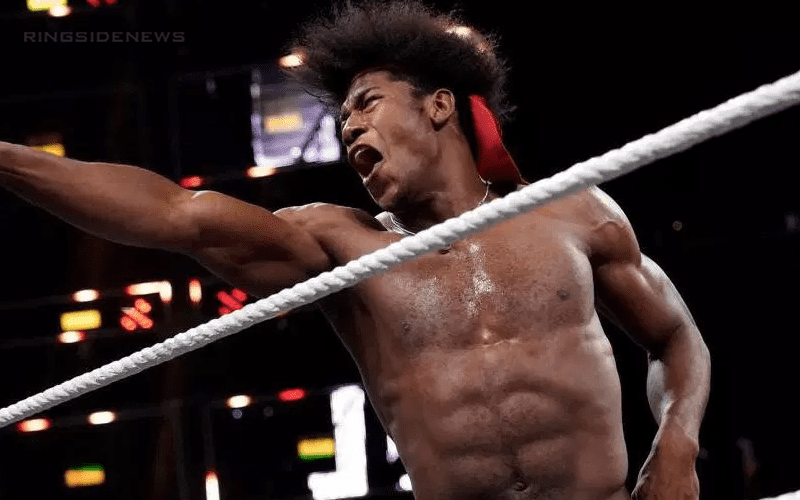 Hardcore WWE fans don’t tend to miss much when it comes to the minute by minute action of a standard match, and that’s especially true of the dedicated NXT faithful.

There’s a real strong following for what is happening down in developmental, and that’s been the case for quite some time now. As such the fans will call out any performers when they spot a rare error – which is what happened last night.

Velveteen Dream, who has been using the Lionsault in recent weeks (leading to fans thinking he’s taking a shot at Chris Jericho), didn’t quite manage to execute the move to perfection on last night’s edition of NXT. As you can imagine, the response was less than ideal.

It goes without saying that Dream is one of the very best superstars that NXT has to offer right now, and that’ll continue to be the case for as long as he spends down there.

However, while it may be impressive to see a man of his size doing this move, it may not necessarily be worth it. It seems as if they got lucky this time around as nobody was seriously hurt, but if he botches that again, he might not be so fortunate.

Some fans pointed to the fact that it was shown again by WWE on their social media platforms, which suggests that it may have been intended to look that way all along. Either way, the debate is there for people to have.