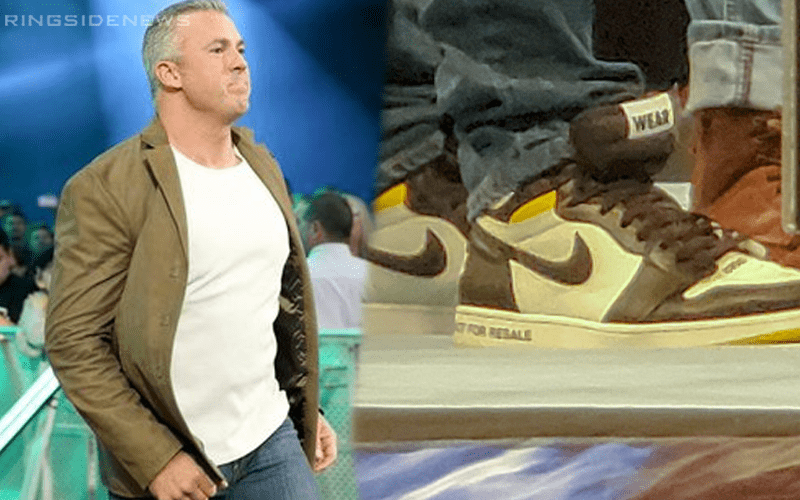 Shane McMahon is known for the sneakers that he wears to the ring every week. However, Nike wants to make sure that those shoes stay on his feet apparently.

One fan who was close enough to the ring snapped a picture of Shane McMahon, Drew McIntyre, and Elias. What he didn’t expect was to find something rather interesting written on the side of Shane’s kicks.

As you can clearly see, “Not For Resale” is written in bold font on the side of Shane’s sneakers. However, the words on the side of McMahon’s shoes don’t mean that they were necessarily a gift or he lifted a prototype either.

Those Air Jordan 1 Retro High Varsity shoes are over $1,000 if not more and have that lettering on there for a reason. Those shoes would probably be considered a “Holy Grail” for any shoe collector so Shane was more than happy to show them off this week.

It’s no secret that McMahon has a lot of cash and apparently, his shoe budget is still through the roof.