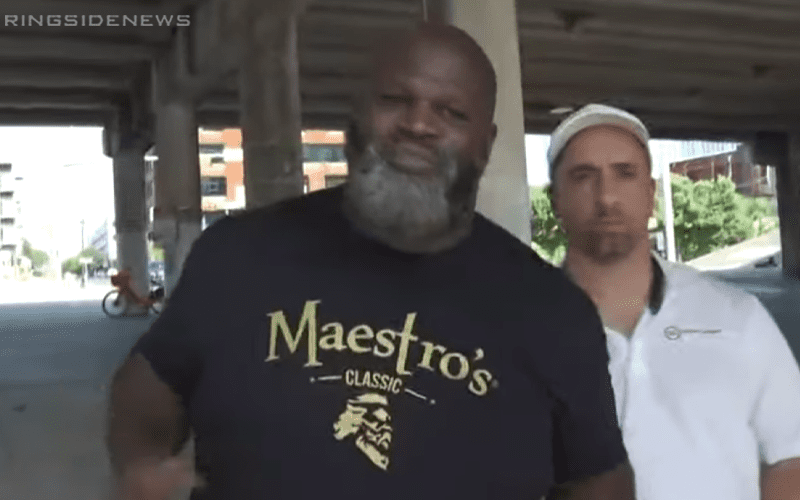 Mark Henry is a man of the people and he realizes when people have needs. It can get very hot in his homestead of Austin, Texas and he wanted to do something to not only help out the homeless, but he also give them a better look.

Henry is getting some major attention for what he did during Father’s Day. He took part in a charity event to give homeless men haircuts. As he opened up to TMZ about the event, he realizes that those people are largely ignored, so he decided to do something to help out.

“People don’t acknowledge them. They treat them like they’re invisible. 9 times out of 10 people just look at them and don’t talk to them. That’s gotta be a horrible existence.”

“I got a lot of joy out of seeing people smile and feel good about how they looked, it meant a lot to them.”

This was a very cool thing that Mark Henry did. Hopefully, this act will encourage others who have the resources to do the same and help out those who are less fortunate.