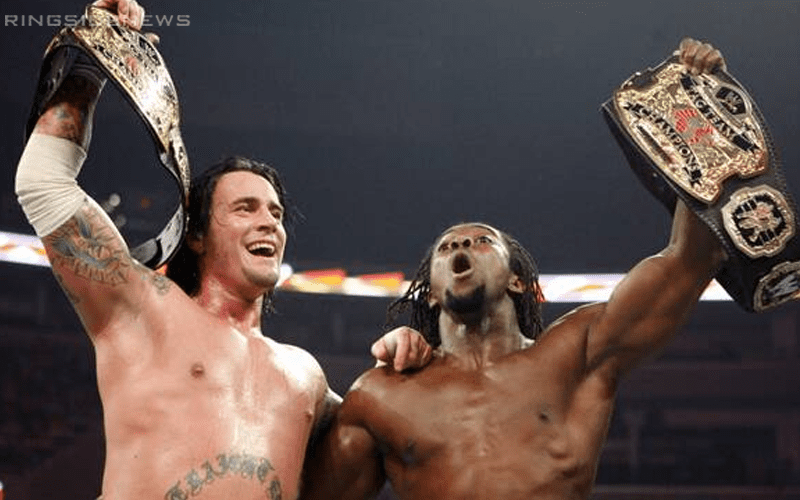 Kofi Kingston is the WWE Champion, but he saw his friend CM Punk win the title years before KofiMania came around. Still, the two forged a bond and Punk what there for Kofi though a lot which he is now more than grateful for.

While speaking to ACWrestling, the current WWE Champion spoke about CM Punk taking him under his wing when he didn’t have to. They had a great time together and Kofi has nothing but good things to say about the Second City Savior now even if Punk doesn’t have anything to do with WWE anymore.

“I was Tag Team Champions with CM Punk, which was awesome because I learned so much from him. He was one of the guys who took me under his wing when he didn’t have to. I was always grateful for that friendship. Being tag team partners with R-Truth is always fun. He’s always making you laugh. Every moment we had together was always fun. Evan Bourne, same thing. Super cool and athletic. We would try to out-do each other. It was an awesome experience to see him up-close-and-personal. I can’t possibly pick a favorite.”

You can never say never about a CM Punk return to WWE, but even those odds are incredibly slim. Kingston certainly seems like he would love to have his old friend back in the fold.

Kofi Kingston will always remember what Punk did for him and the good times they shared. That competitive nature to try and “out-do each other” could have been one of those things that kept things so exciting every time they were in the ring.