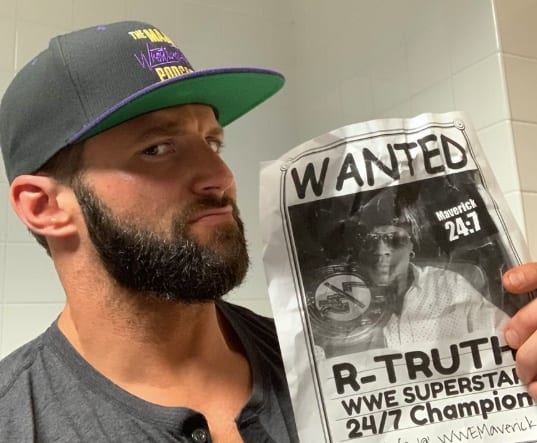 A lot of fans tend to stick up for Zack Ryder whenever his name is mentioned, and there’s one simple reason for that: he’s really, really good. From getting himself over as the Internet Champion to his amazing Intercontinental Championship win at WrestleMania 32, the guy just seems to know how to capture the hearts of the WWE Universe.

Unfortunately, WWE doesn’t seem to have figured out what to do with that over the years, despite the fact that Zack should’ve almost certainly been a contender for a world title by this point (no, that match against Sheamus doesn’t count).

During a backstage segment with Curt Hawkins, Zack decided to tease the possibility of going after the Universal Championship. Instead, though, he was shot down by Curt, who instead felt as if the 24/7 Title was more his speed.

It goes without saying that Ryder almost certainly deserves better than this, but at the very least, the 24/7 Championship is going to get him a bit more time on TV.

The one thing that we will hope for is that this ‘chase’ of sorts leads to WWE realising how much potential this guy has. We are convinced that fans would buy into him as a credible world title contender, and all it takes is a little bit of a push.

That’s easier said than done, obviously, but there’s a reason why Ryder has been able to stick it out in WWE for so long. He belongs at the top of the mountain.