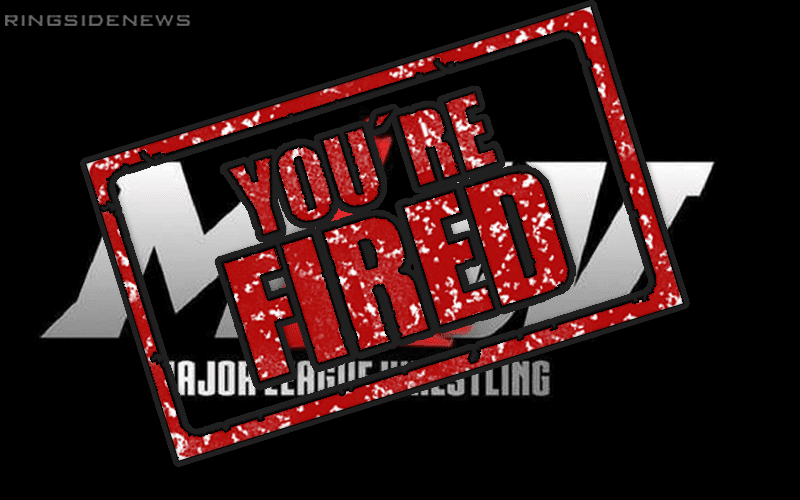 There are a lot of people changing companies in the pro wrestling world and Major League Wrestling just dropped two big stars.

Sami Callihan and Daga are both no longer with MLW. These are two big losses to take, but as one source in MLW told Bodyslam.net, Callihan’s departure from the company is drastically different than the reason they let Daga go.

Because Sami Callihan had enough of Jim Cornette so he spit water in his face over comments he made about Sonny Kiss when discussing his involvement in the AEW Casino Battle Royale match.

So, it is out there that Sami Callahan and Daga are out of MLW.

So, in Sami case, the leaked rumor so far is that Sami damaged the venue in his match with Mance Warner and that MLW was so mad they fired him.

In reality, Jim Cornette had previously spoken to Sami Callihan about saying all the horrible things he said about Sami and his family, it was just hype for his podcast, and that maybe the two of them could work together and make money. Sami declined.

When Jim Cornette made his comments about Sonny Kiss and his appearance at AEW’s Double Or Nothing, that was when Sami made the decision that he was going to spit water on Cornette on his way out to the ring. Cornette had a hissy fit that he was spit on. So, MLW has decided to stop using Sami for a while to let things cool down for the foreseeable future, especially while Cornette is still there, Sami is gone.

Sami Callihan was quite happy about the fact that he spit water in Jim Cornette’s face as well. He tweeted out: “I spit in @TheJimCornette’s face tonight @MLW, and he did NOTHING. Then went out and had a ‘Garbage’ wrestling match of the year with @ManceWarner. You should probably watch it when it airs on @beINSPORTS. #F*ckJimCornette #IStandWithSonny.”

Tessa Blanchard, who is dating Daga told PW Insider that Daga missed the June 1st date, but MLW knew that he wouldn’t be available.

The company decided to part ways with Daga because he told them he couldn’t work a taping and then he went to Mexico and worked a show there. However, Daga was in Mexico for Rey Fenix’s son’s christening.

She also noted that one of his goals is to get more work this year inside the United States and there was concern that the MLW situation would lead to other promoters thinking Daga couldn’t be trusted to take dates in the States. She felt that there was a belief in MLW that Daga didn’t take the date because he’d be more comfortable staying in Mexico, but he was only in Guadalajara for the christening.

Either way, it seems that MLW has lost two big stars recently. Each of them are no longer with the company for different reasons entirely.