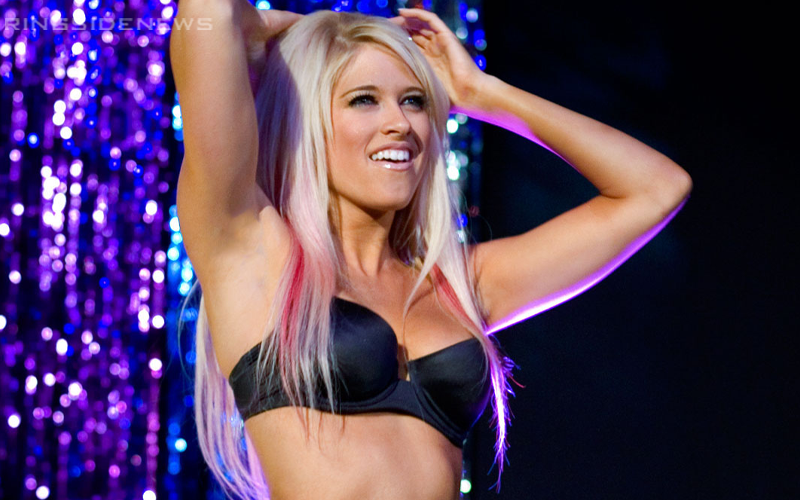 Kelly Kelly debuted for the WWE Universe in a striptease character during WWE’s version of ECW. This short-lived brand is remembered for several things, but Kelly Kelly was certainly one of the most memorable aspects to come out of WWE ECW.

While speaking to Chris Van Vliet, Kelly Kelly discussed how her stripper inspired gimmick came about. She also revealed how Vince McMahon himself decided to teach her all the moves she needed to know.

“My first day, I remember Triple H and Vince were all in the room and they were just like ‘alright, these are just the basic moves that we need.’ I’m like sitting there and I’m watching Vince McMahon, who I watched when I was 13 years old and I just idolized, and he’s got a chair and he swings his jacket around.”

Paul Heyman might have have broken the ice, but it was Vince McMahon who really made the image come alive backstage. Kelly Kelly got the point and before she knew it she was stripping on WWE ECW. The rest as they say is history.