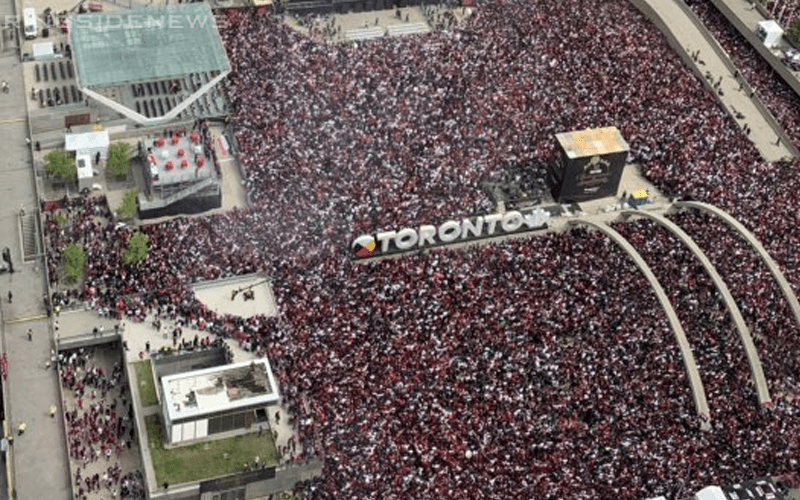 Everything seemed to be going well as tons of Raptors fans flooded Nathan Phillips Square in Toronto. They were celebrating the Toronto Raptors’ first-ever NBA Championship win and there was a lot to be happy about.

Then a shooting broke loose and Impact Wrestling’s Don Callis was trapped through it all.

Callis tweeted out that he was “trapped with terrified people in the basement” during the shooting. Toronto police confirmed that a woman was shot and people were running from the area. There was also a stabbing that took place.

So far Don Callis hasn’t tweeted out any other updates. Hopefully, he’s okay. It is a shame that this kind of thing had to happen on such a happy day in Toronto.

Thanks to Cassidy Haynes of Bodyslam.net for passing this along