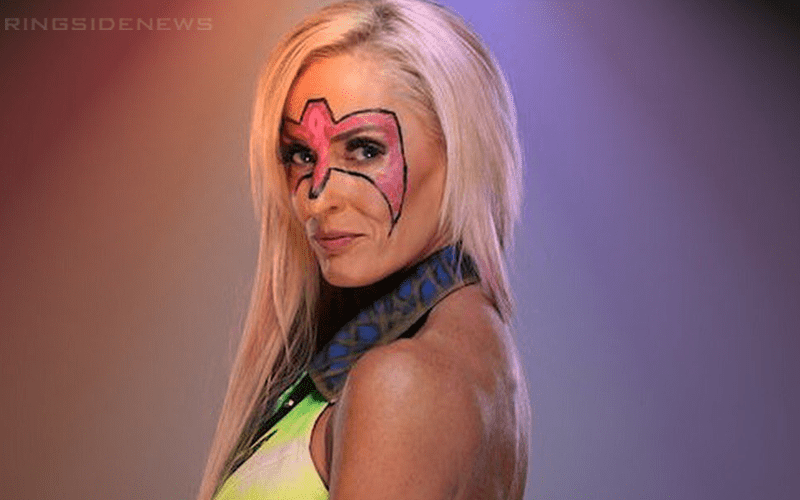 June is Pride Month and that has caused a lot of people to comment about how they support the LGBTQ community. However, some messages might not be received in the same way as others.

Dana Warrior’s late husband the Ultimate Warrior famously said that “queering doesn’t make the world work.” Those words have not been forgotten about at all and in Pride Month they are especially troublesome.

Warrior posted a tweet of herself wearing Ultimate Warrior facepaint with a pro-LGBTQ message. However, her words might not have been received in the way she intended.

I stand in solidarity with the LGBTQ+ community and honor YOU with #Pride this month! I believe in equality, education, awareness, and this simple fact: love wins… Always!!

As you can see in the tweets below (and this is just a sampling), the Ultimate Warrior’s anti-LGBTQ rhetoric was brought up in some big ways in response to Dana Warrior’s message of support.

It should also be noted that a multitude of tweets have already been deleted by Twitter for violating the terms of their user agreements. Apparently, they were a bit too strongly worded.