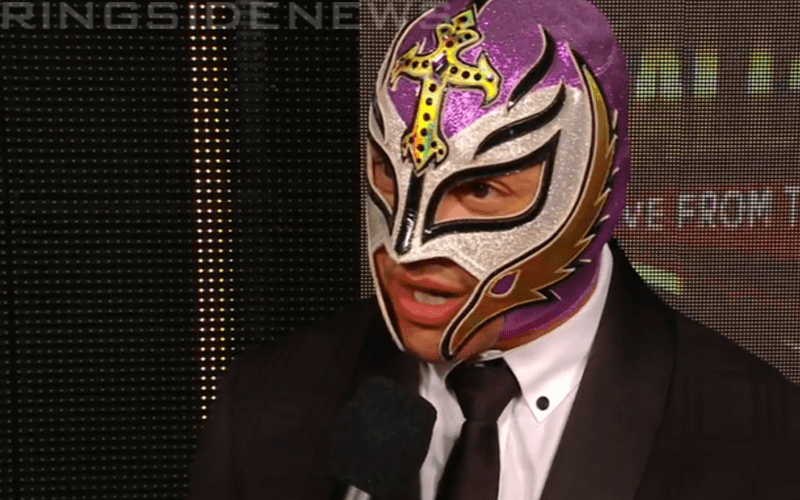 Rey Mysterio is set to appear on WWE Raw next week where he will address his current status. Mr. 6-1-9 is injured and he is also the current WWE United States Champion this is not a good combination.

Mysterio is working on his separated shoulder situation with treatments, but that doesn’t rule out that a possible surgery will be needed.

Brad Shepard said on Oh, You Didn’t Know that Rey Mysterio is being evaluated for a possible surgery. This does not mean that he will have to have a procedure on his shoulder, but he likely won’t be back in the ring for a while.

“Rey Mysterio is hurt and he’s going to Birmingham and I think that story is out already […] So he could potentially have surgery. It doesn’t mean that he’s getting it. It just means that he’s going there to get an opinion on if he needs it especially without shoulders.”

“You could safely say he’ll miss at least a month or so to rehab, but obviously, if he needs surgery it could be even longer. It could be a good long time.”

It would be nice if Rey Mysterio doesn’t need to go under the knife. He suffered this injury after winning the WWE United States Championship at Money In The Bank so he could plausibly relinquish the title without even getting a chance to defend it.

Needless to say, this is yet another awfully timed injury for WWE.