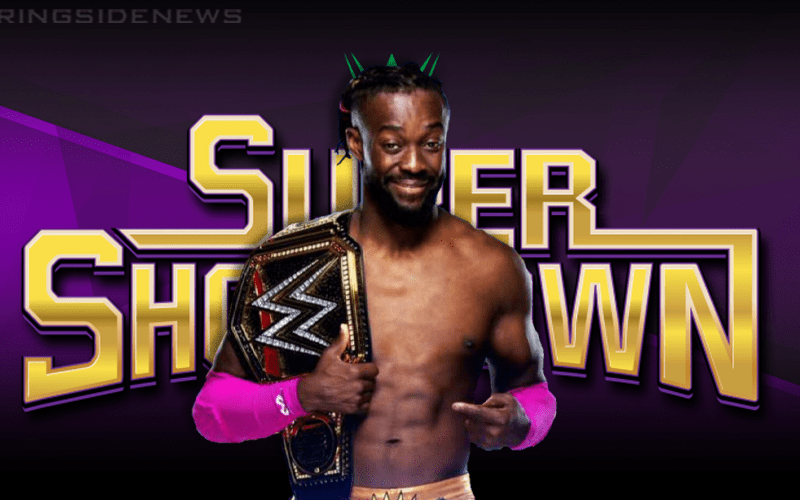 Kofi Kingston is the current WWE Champion and he is becoming a very strong champion as well. This means that WWE is placing a lot of trust on him to put out the best image possible including controversial topics like Saudi Arabia.

WWE and KSA are in a ten-year deal and it looks like they’re not slowing down. Roman Reigns recently defended his change of heart about going to Saudi Arabia by discussing all of the good they are doing. Kofi Kingston might have to agree as he loves performing in the country.

While discussing the subject with Sports360, Kofi Kingston said that he loves performing in Saudi Arabia because of the crowd’s energy. He said it’s an incredible experience and hold a “special place” in his heart as well.

“The crowd and the energy is incredible. I love going to Saudi Arabia because the energy is just awesome It’s almost like a second Wrestlemania over there with the pyro and all the events that go on, it’s an incredible experience and has a special place in my heart. I was part of the promotional tour before the event and was able to go there and meet the people, embrace the culture and it was one of the greatest experiences of my WWE career.”

WWE does have much more pyro when they travel to Saudi Arabia because their budget is much higher than an average show. This might be a touchy subject for some, but for the citizens of Saudi Arabia who attend the show it is still a rare chance to see WWE Superstars in person. Their energy is apparent even if the Saudi Royal Family who usually take up the ringside seats in brand-new recliners might only be half-watching the show.

Kofi Kingston is set to defend the WWE Championship on June 7th in Jeddah, Saudi Arabia against Dolph Ziggler at WWE Super ShowDown.