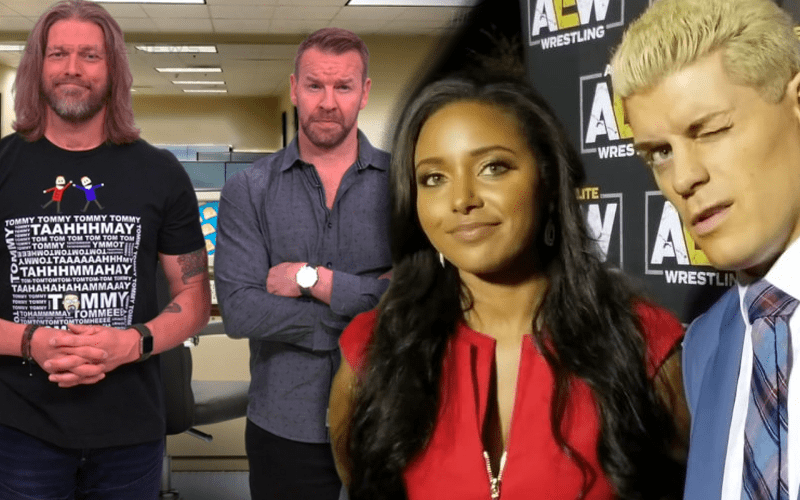 AEW is generating a ton of buzz right now so fans are considering anyone a possibility for All Elite Wrestling’s next big get. Edge and Christian could certainly bring something to the table, but they are both very much retired from in-ring competition.

If you would like to check out our AEW Double Or Nothing results you can click here.

At the Lexington Comic Con Q&A panel Edge and Christian were both asked if they are AEW bound. This generated a very interesting answer from The Rated R Superstar.

“I’m covert, actually. I’m going to (WWE) and I’m going to infiltrate and find out all their secrets and take them back to AEW! Neither one of us wrestle anymore. That being said, I think both of us are known for our wrestling minds.”

Then Edge replied to straighten everything out and make sure that his words were not misinterpreted.

“No offer, no talks, anything like that. I hope they succeed. I think it’s great for everyone if they do.”

Edge and Christian might not be headed to AEW, but it’s hard to argue that they wouldn’t be great additions to the Being The Elite cast, especially during their in-ring days.

It looks like E&C will continue to reek of awesomeness from afar as they watch what AEW is going to do just like the rest of us.