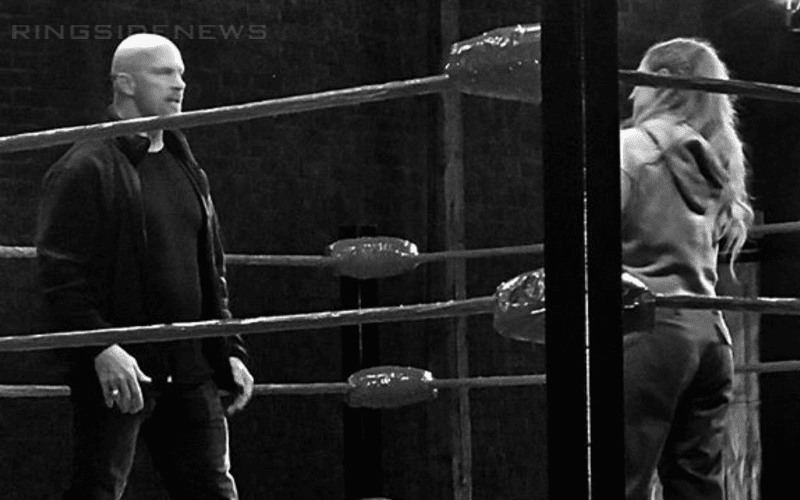 Becky Lynch has a lot of things she can brag about. She was the first woman to win a WrestleMania main event and she’s the first to hold two titles in WWE. She also might hold the honor of being “Stone Cold” Steve Austin’s final opponent, but nobody will see the match.

Steve Austin has a new television show coming to the USA Network. He will interview people from various places throughout the sports and entertainment world including Becky Lynch.

The Raw Women’s Champion uploaded an Instagram picture of herself and Austin in the ring. She said that they had a “closed door match” like Rocky Balboa and Apollo Creed so we’ll never know who actually won.

Over the weekend the Toughest SOB in WWE and Stone Cold had a closed-door match—and like Rocky and Apollo Creed the outcome of me winning will never be known.

Even if the two didn’t have an actual match, getting to lock up with Austin had to be a huge honor for The Man. It could be a perfect place for her get some very valuable advice about how to be a badass in the ring. Because nobody did that better than The Rattlesnake.