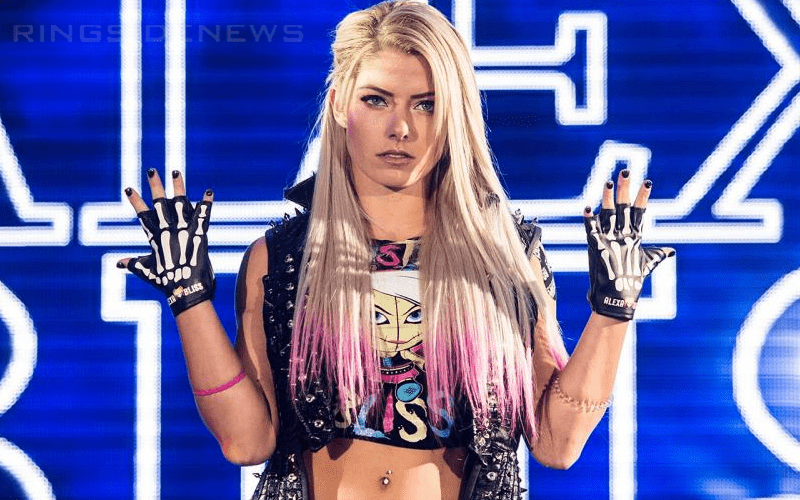 Alexa Bliss is a great sports entertainer when she’s able to compete, but it looks like she’s well on her way to a return soon since she’s booked in some big matches in Japan. One place she hasn’t wrestled is Saudi Arabia, but it’s not for lack of talent.

Saudi Arabia won’t allow women to wrestle in their country and WWE hasn’t pushed those boundaries yet. They have eight more years left in WWE’s deal with the Saudis so they have time to work on something, but females are still not invited to KSA (except for Renee Young.)

While speaking to Sky Sports, Bliss was asked about Saudi Arabia. Some people might have a mixed viewpoint of the controversial country, but Alexa just wants to wrestle there.

“I would love to [have a match in Saudi Arabia]. I was very nervous at first with the match in Abu Dhabi because I didn’t know how we were going to be received but it was actually incredible.

“The crowd was all for our women being there and having that title match. I had an amazing time and I would love to be able to be have a match in Saudi Arabia if given the opportunity.

“Women have never competed there in any aspect so it would be awesome to entertain there and break down barriers. It shows that our business is global.”

Perhaps one day women will be allowed to wrestle for WWE in Saudi Arabia. There were rumors that WWE was trying to make it happen this year.

No females are currently booked for the Super ShowDown on June 7th, but that’s not going to make women in WWE lose hope that things change down the line.