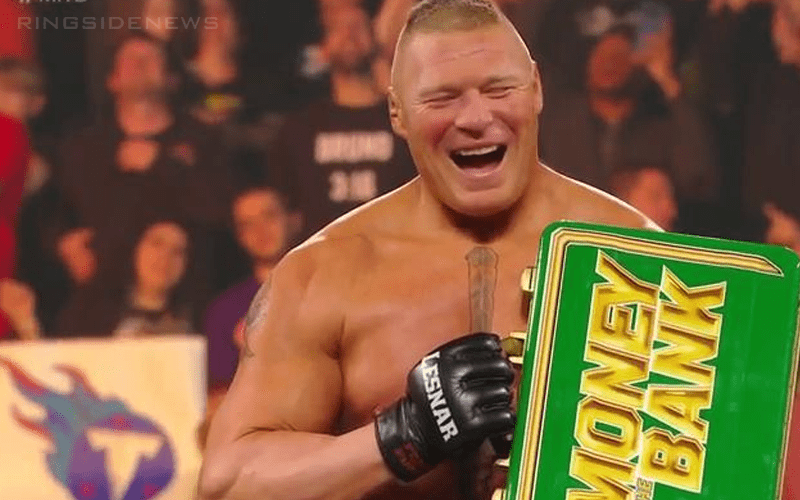 Brock Lesnar made his big return at Money In The Bank, however, if you stay up to date with Ringside News then you were probably aware that was highly expected.

Brad Shepard reported on Oh, You Didn’t Know two weeks ago that Lesnar was expected to make a WWE return much sooner than later. This is exactly what happened.

Wrestle Votes reports that although WWE had penciled in plans for a different Money In The Bank match winner, the decision was confirmed “last weekend” that Lesnar would be crashing the main event match.

The Brock decision was made last weekend. Up until that point it was nearly a 50/50 tossup between McIntyre & Ali to take the briefcase.

Those penciled in plans were likely done as a way to throw people off the scent of Brock Lesnar’s return.

We previously reported via Brad Shepard that Brock Lesnar was returning. This report on WWE’s creative direction was confirmed at Money In The Bank.

WWE is always changing their plans so this isn’t a big surprise. We previously reported that Ali was thought to be the winner until just before the match started and then everyone was smartened up in an effort to keep Lesnar’s return a secret.