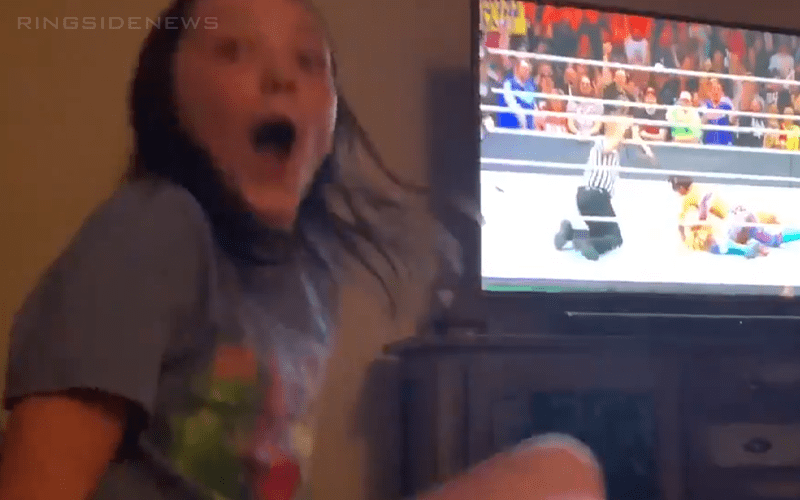 Bayley is known for a lot of things from being the Hugger to 1/2 of the first-ever WWE Women’s Tag Team Champions. She also became Ms. Money In The Bank for a very short time this year, but she cashed in her briefcase at the right moment to become SmackDown Women’s Champion.

Izzy became well-known while Bayley was in NXT as she was often seen at ringside during Full Sail Arena’s NXT television tapings. She was known as The Hugger’s biggest fan so she had a great reaction last night during Money In The Bank.

As you can see from the video that Izzy posted on her social media account, she hasn’t lost her fandom for Bayley at all. Izzy jumped on the couch and screamed her head off screaming “Oh my god!”

Even though she couldn’t be in Hartford for the big show, Bayley had to have felt that overwhelming support.

Plenty of fans all around the world were very happy for Bayley when she became SmackDown Women’s Champion, but they might not have had quite the same reaction as Izzy.