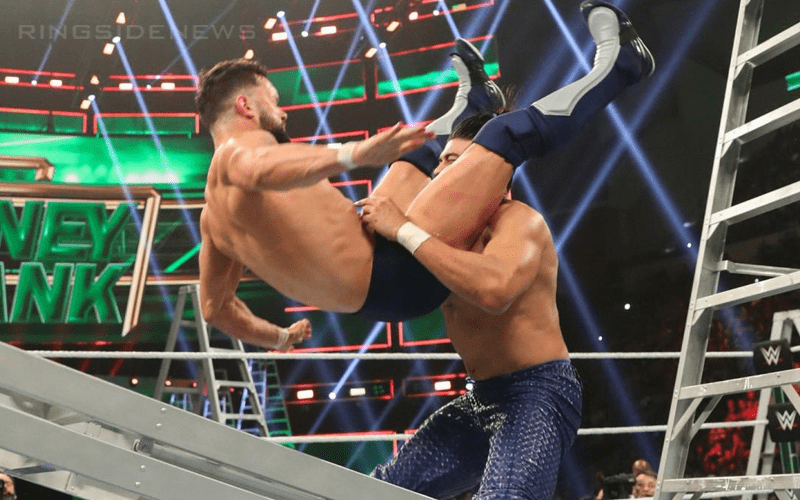 Finn Balor absolutely demolished himself at Money In The Bank. Actually, his opponents did a lot of that for him. The IC Champion took a ton of abuse and he didn’t even win the match.

Balor certainly realizes how much punishment he took at Money In The Bank. Because he had to wake up this morning in the same body that took all the abuse in Hartford on the previous night.

On the morning after Money In The Bank, Finn Balor tweeted out: “Good morning” along with a sunshine emoji and a video of himself taking some insane punishment from his opponents last night.

This could signify that he’s doing just fine, but nobody can be feeling 100% after taking all of those bumps.

Regardless of how well he feels this morning it doesn’t change the fact that he took a ton of abuse at Money In The Bank.