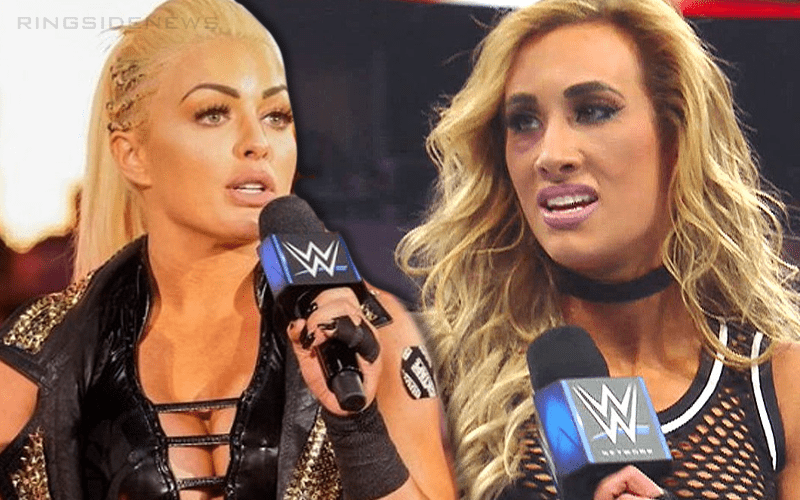 Carmella had a bit of a scary situation last night at Money In The Bank. It appeared that her knee was injured during the early stages of the ladder match and she was led off backstage by the medical team.

Mandy Rose fired a shot at Carmella after Mella said the Rose wasn’t really robbed at Money In The Bank. Because it was more of a case of poor execution.

Aw how’s your knee hunny? Also, go back to being a brunette, you’re never gonna look like me.

It certainly didn’t appear that Carmella was working her knee injury. She shoved Rose off last night at Money In The Bank in a way that didn’t appear to be part of the match. Therefore, when Mella fired back that Rose should go back to NXT and learn how to work safer it might have been a serious dig.

Also, for the record Carmella has no interest in looking like Mandy Rose either despite their similar hair color.

Trust me, I don’t wanna look like you babe. You could never pull off both.

Also, go back to NXT and learn how to be safe in the ring.

We will have to wait and see if WWE ends up making this part of the storyline, but in a day where it’s getting harder to tell legit heat from a worked social media exchange this one could be a real toss-up.