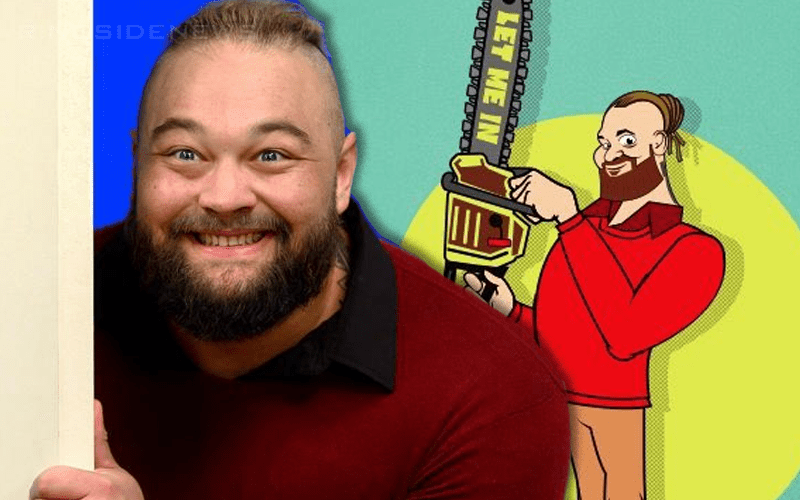 Bray Wyatt is doing some big things in WWE with his new character. He is also entering a new chapter in his life as he and JoJo Offerman are now proud parents. This latest addition to his life could help things.

Superstars rely on merch royalties to help out a lot. A good piece of merchandise can mean the difference of a heft chunk of change. Wyatt has nothing to complain about with this latest design.

WWE has been mocked for their merchandise recently, but Bray Wyatt approves of his new merch in a big way. In a total Firefly Fun House theme, a cartoon Bray Wyatt is sporting a chainsaw on a teal shirt.

You can pre-order the t-shirt now, but it won’t be available until June 7th. That is oddly enough the same day as WWE’s next event in Saudi Arabia.