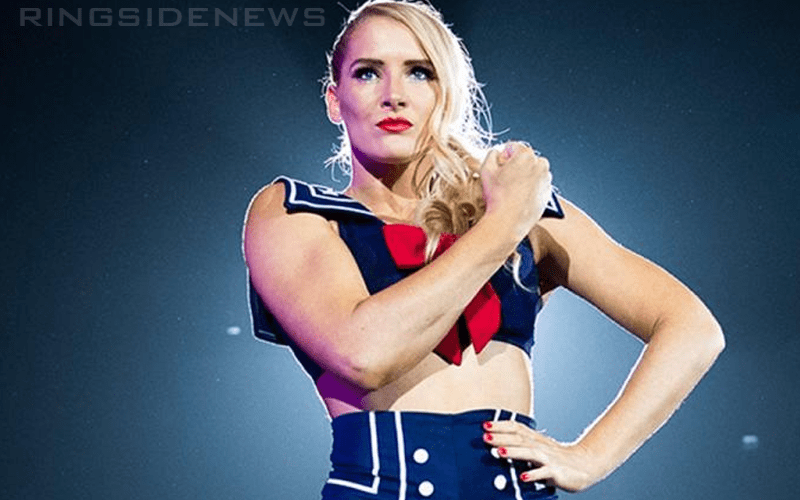 Lacey Evans made a main roster debut only to come out, wave, and exit again for weeks. Now she found herself in a big title match feud as her first program.

Becky Lynch won’t give up her Raw Women’s Title so easily, but there is also a lot more on the line during their contest than simply a title. Because Lacey Evans has to prove herself as well and she has one shot to do so.

Dave Meltzer discussed Lacey Evans on Wrestling Observer Radio and how the real pressure that is on her. In fact, she has more on the line than anyone else performing at Money In The Bank this year.

“[Evans] has been thrust into this program. As a personality I think she’s done very well getting ready for it, but as far as a wrestler goes I think it’s too quick by far and if that’s exposed in this match then it’s not a good thing because everyone will go — if she doesn’t have a good match on this show it’s gonna be tough — if she doesn’t have a good match then people will go, ‘ah she’s not that good.'”

Meltzer went on to say how he wouldn’t have booked Lacey Evans to get this spotlight match so soon. However, he isn’t booking the show and is probably what Lacey Evans would refer to as “a nasty.”

Vince McMahon sees big things for Lacey Evans and she has been compared to Roman Reigns to a certain extent. So don’t expect her push to crumble unless she can’t perform at Money In The Bank. Because The Lady Of WWE needs to really bring it in order to convince people she deserves the spot she’s in.