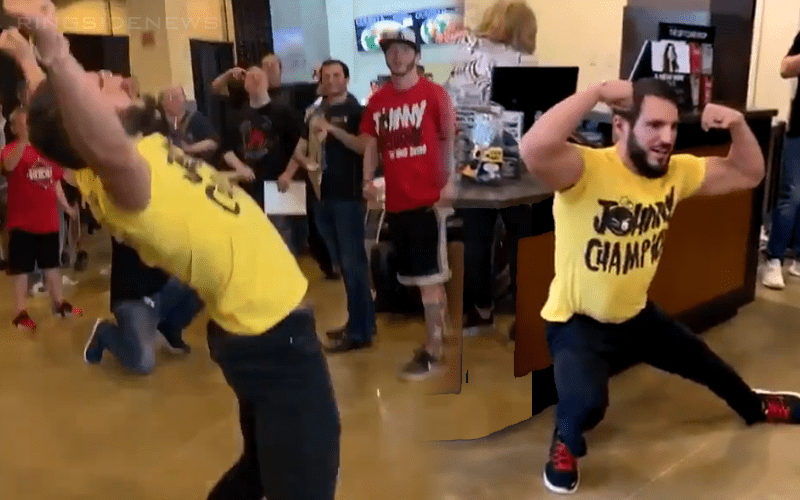 Johnny Gargano and Candice LeRae had a great time with “their people” during a meet and greet recently. In the process, the NXT Champion got to mimic two of his pro wrestling heroes.

Gargano and LeRae had a lot of fun at the meet and greet and during the event, Johnny Gargano couldn’t help but grab a bottle of water and reenact Triple H’s iconic entrance complete with posing.

He couldn’t forget about his “other wrestling dad” though so Johnny Wrestling also whipped out his best Shawn Michaels impression. The crowd in attendance popped equally hard for each entrance.

Don’t worry.. I got my other wrestling Dads entrance in today too. (with pyro)

There might not have actually been pyro, but Johnny Gargano still had a blast with the fans. He is representing the NXT brand proudly and also having a little fun pretending to be a couple of people who he grew up watching, but got to know very well during his time at the WWE Performance Center.