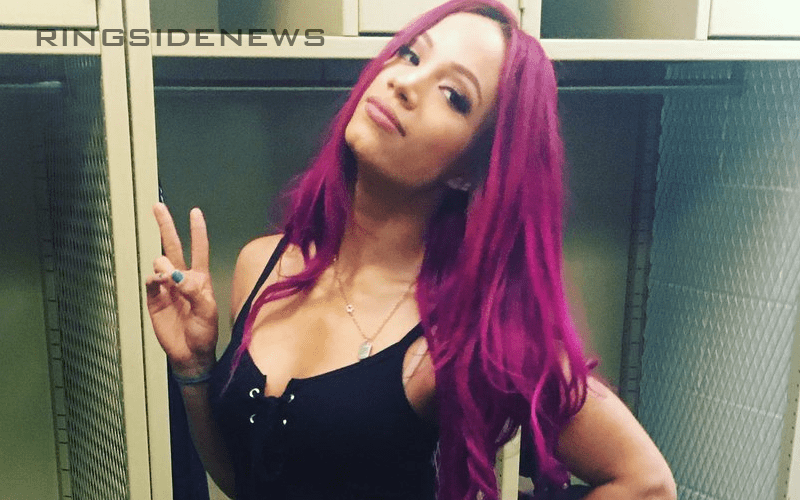 Sasha Banks’ status with WWE seems to be in a stalemate right now. She apparently told the company that she wanted to quit at WrestleMania, but that didn’t keep her from the Mania after party.

Cathy Kelley posted a picture of Dash Wilder tying her shoes at the WrestleMania after party. Then one fan noticed something very interesting about the person who was standing next to her. This fan recognized Banks just by her socks and shoes. There was no denying for Kelley that The Boss was in the building.

yes, at the WM after party feeling happy and grateful

This makes things very interesting because if Sasha Banks was around for the Mania after party it makes you wonder when she told WWE she wanted to quit. Either way, it doesn’t looks like she’s around right now so there was some kind of an issue.