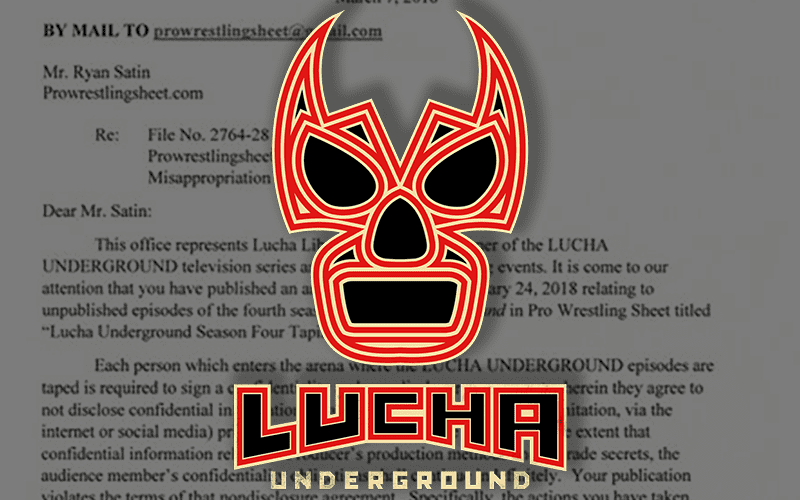 Lucha Underground entertained fans from The Temple for four seasons, but as time goes it seems even less likely that we will ever hear from the show again.

Jack Swagger performed on Lucha Underground for a bit, but as he spoke to Pro Wrestling 24/7 Wrestling Talk Evolved he revealed that he hasn’t heard anything from LU at all recently.

“It’s been crickets. It sucks because that was such a great show, fans could watch it and easily suspend disbelief, get into the crazy powers of the superstars of the characters and just enjoy pro wrestling.”

“That arena was something else. I think more shows should look into having an arena like that because it was like a playset that you grew up with as a kid. You can jump off things, throw that, it was really cool to wrestle in.”

Lucha Underground had an intense show and an audience full of fans who signed non-disclosure agreements, but it doesn’t appear that they will be getting another run. It isn’t impossible, but it seems like season five is in limbo.

The fact that Lucha Underground keeps having to release more stars from their contracts so they can’t hold them hostage makes a return even less likely. Because although they might have no problem filling a roster, names like Jeff Cobb, Willie Mack, Joey Ryan, and more are no longer with the company after taking them to court in order to finally get released.