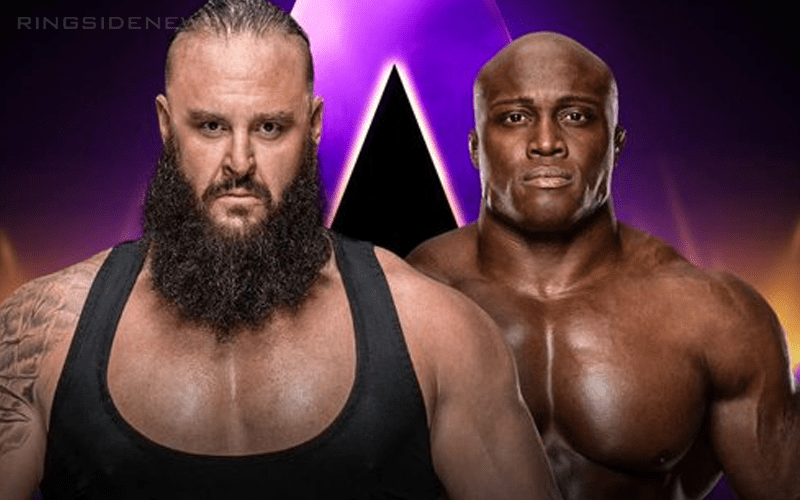 WWE Super ShowDown will be the company’s next event in Saudi Arabia. How that Bobby Lashley vs Braun Strowman has been confirmed the two Superstars are firing shots.

We previously reported that local KSA advertisements spoiled a majority of the Super ShowDown card. That advertisement featured Strowman vs Drew McIntyre for the event. This is a very interesting development because obviously plans have changed once again.

Lashley fired a shot at The Monster Among Men saying that his downward spiral is coming.

Your downward spiral continues at #WWESSD @BraunStrowman. Losing your spot in the #MITB ladder match and now you have to face me…rough few weeks for “The Monster”


It didn’t take Braun Strowman long to come up with a reply. It looks like both of these huge men are in for a war in Jeddah. In fact, Lashley is just a speed bump on the way to the top for Strowman.

The only thing that’s gonna be rough is when I powerslam your ass to the mat and you’re staring up at the lights!!!! #YoureJustASpeedBumpOnWayToTheTop

As the Super ShowDown gets closer we will likely see plenty more matches officially announced for the June 17th event. You can check out an updated lineup for the next Saudi Arabia event below.