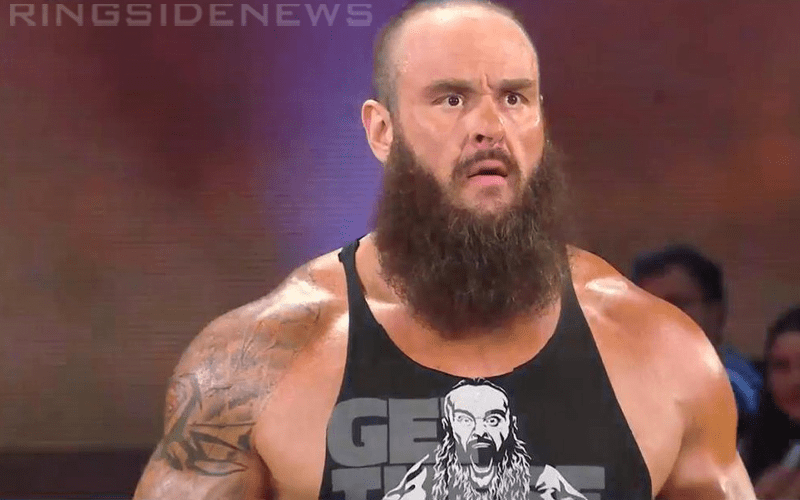 Braun Strowman didn’t make many people happy during WrestleMania 35. He apparently botched his spots during the Andre The Giant Memorial Battle Royal in a big way and flat-out forgot what he was supposed to do in the match.

Sean Ross Sapp reported on Fightful Select’s Q&A that this botch from Strowman really irritated Harper who had to go out of his way to save Ali from being really injured in the contest.

“I was given an update on Luke Harper’s frustrations and how it ties into WrestleMania. We’re told that the battle royal match was a disaster to put together and execute and that Luke Harper was not happy that Braun Strowman both forgot a spot and that Ali ended up getting hurt in the match.”

“Luke Harper felt that Braun had been a little bit reckless with both he and Ali and Harper in an effort to protect Ali during his elimination ended up hurting his back and/or his shoulder trying to help him from flying out of control.”

“Afterwards, we’re told that Strowman didn’t think that he had done much wrong which caused frustration with those involved.”

This is not a good look for Braun Strowman. He was pulled from the Money In The Bank ladder match as well. One has to wonder if this could have been a result of him forgetting key spots during his WrestleMania match.

Strowman is still expected to take part in this Sunday’s Money In The Bank event, but he isn’t likely going to be in line for a shot at the briefcase this year.