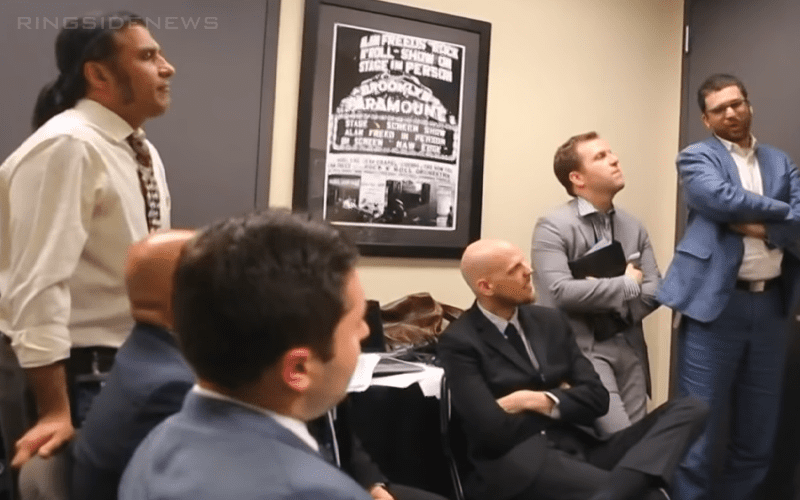 WWE is run by Vince McMahon in the end because he is the final say-so in what goes on with his company. This is finding a lot of writers increasingly troubled and wanting to quit.

A caller to PW Torch‘s Raw Post Show who is in the know with the company discussed some writers who are extremely unhappy. It is said that they don’t know if they will be fired at any moment as well.

It was said that one writer is “very close to quitting because he is so unbelievably unhappy.” This was followed up by a remark about the “toxic atmosphere” backstage in the company.

This issue is not caused by a number of people because it all goes up the food chain to the very top. In fact, it was said to be all to blame on one person and that’s The Chairman himself.

Vince McMahon is reportedly open to suggestion from too many sources, but it only seems to water down the direction. This is becoming a huge issue for writers who work tirelessly to craft a script only to have Vince McMahon rip it up on the day of the show and decide to go another direction due to some other influence.