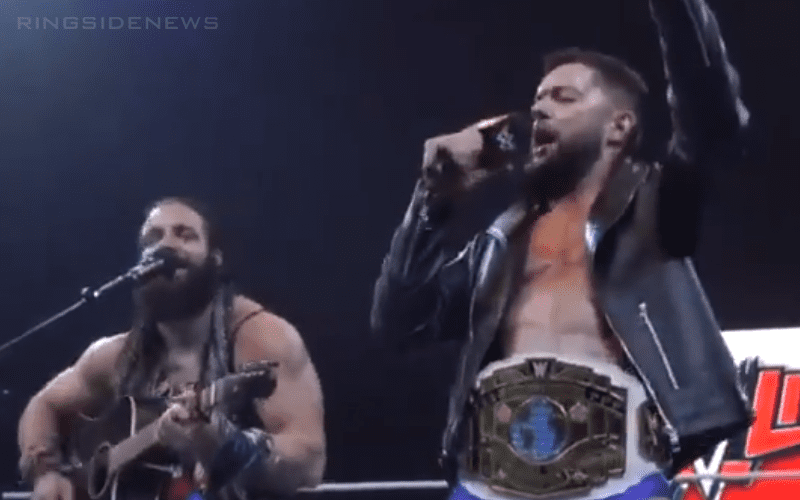 Elias has been bringing his guitar to the ring since he started with WWE and as his star continues to climb, he is getting even more opportunities. This includes jamming out in the UK while playing an Oasis classic.

The fans in Sheffield knew every word to the Oasis song ‘Wonderwall,’ including Finn Balor. Although the Elias and Balor might be at odds sometimes, the two know how to get down to a good song as Elias wrote:

Just like the Gallagher Brothers, we always end up scrapping , as you were x.

You can watch the video below of the song. The crowd was super into it as Elias continues to impress with his musical ability. Finn Balor might need some singing lessons, but he certainly had enough passion even though he might not have been able to hit the high notes.

Of course, if you make it to the end of the video you’ll see Elias’ true intention of catching Balor off guard for an attack. So it really was just like the Gallagher Brothers.