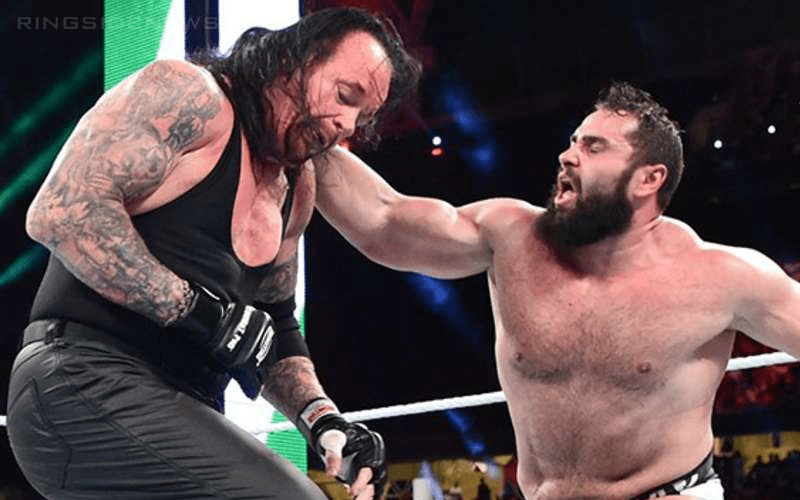 Rusev has been fortunate enough to battle many foes in the ring, but The Undertaker might have been his greatest opponents on the biggest stage.

Rusev took on The Dead Man in a casket match at the Greatest Royal Rumble event in Jeddah Saudi Arabia last year. It was a match that needed to be switched around a couple of times, but Rusev eventually saw his way into the match.

While speaking to Express.uk, Rusev revealed what The Undertaker told him as they were able to spend some time together after their match at the Greatest Royal Rumble.

“And ‘Taker is such a special character and he’s been here for like 30 years or whatnot. He’s a legend, he’s an icon, so getting to work with him and talk to him afterwards and pick his brains, it was a great opportunity for me. He told me that I’m really good. I’m not even messing around, he told me I’m really good.”

When someone tells you that you’re really good it might not mean as much. However, when that someone is The Undertaker then it should mean a lot.

We have to agree that Rusev is really good. Now if WWE could just figure out a way to start booking him in 2019 that would be great.