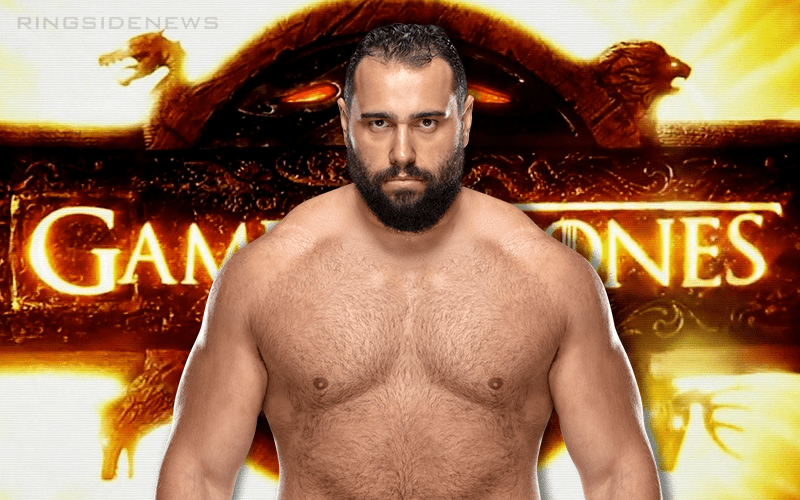 Rusev is obviously enjoying the final season of Game Of Thrones and it looks like he might be enjoying it a little bit too much.

The Bulgarian Brute decided to enjoy some down time during WWE’s most recent tour and he just didn’t feel like wearing any clothes. He also needed to get his GOT fix, but the fact he was nude didn’t seem to stop him.

The fact that he felt the need to share this little factoid with photographic evidence is another story entirely.

Apparently, being Rusev’s “show” means that he must watch it naked. Or, at least that is the impression he gave off. Either way, it is still a wonderful social media update from the former WWE US Champion.