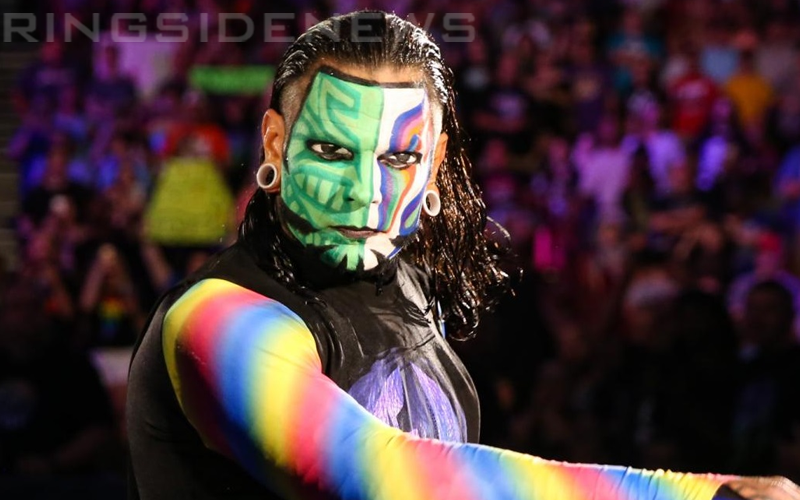 Jeff Hardy was taken out of action because he destroyed his knee. He required surgery and now he is on the mend. That won’t stop WWE from missing him.

Hardy’s injury was terribly timed as well, but no injury comes with good timing. The Hardy Boyz had to drop the SmackDown Tag Team titles and that caused WWE to move a lot of pieces around.

Brad Shepard reports that WWE realizes how big of a loss Jeff Hardy is because he still sells a lot of merchandise. It is still going to be some time before Jeff Hardy is able to make a return, but the first quarter of 2020 is currently looking like the next time we’ll see Jeff Hardy perform in the ring once again.

According to a source in #WWE, @JEFFHARDYBRAND will be out until sometime in the 1st quarter of 2020. Jeff’s absence is considered a big loss internally, as he still sells merchandise pretty well.

This might be a long ways to wait, but Jeff Hardy really messed up his knee. He needed to have it totally reconstructed and that isn’t the kind of thing that can heal overnight.

Hopefully, he will follow doctor’s orders and keep healing up because the company could certainly use him back in time for WrestleMania 36 if that is possible.