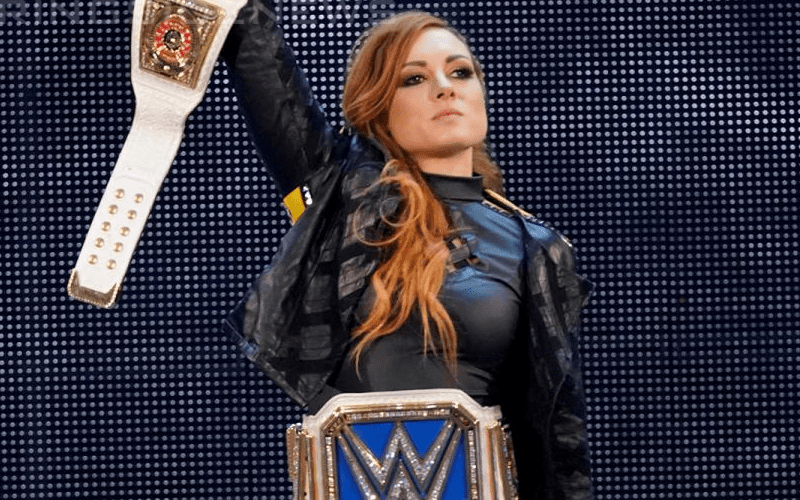 Becky Lynch is the current double champion in WWE, but there are always other ways to honor The Man. We previously reported that Becky Lynch is set to receive the cover of WWE 2k20 and it looks like that report was legit.

Brad Shepard was able to confirm that Becky Lynch will indeed be on the cover of the upcoming WWE 2k20 video game. Apparently, this was a request from 2k as well.

A source in #WWE on the cover of @WWEgames: “#BeckyLynch is the cover choice (for 2020). I can’t act surprised at that despite the tanking ratings with her having both titles. 2K wanted her as well; they have a huge say in who they get on the cover.”

The fact that Becky Lynch is now seemingly confirmed to be on the cover of WWE 2k20 also makes the rest of the information on the leaked document from Yuke’s even more interesting.

Perhaps there really were simply spelling errors on the document which shouldn’t have cause those to immediately discredited it as some people did.