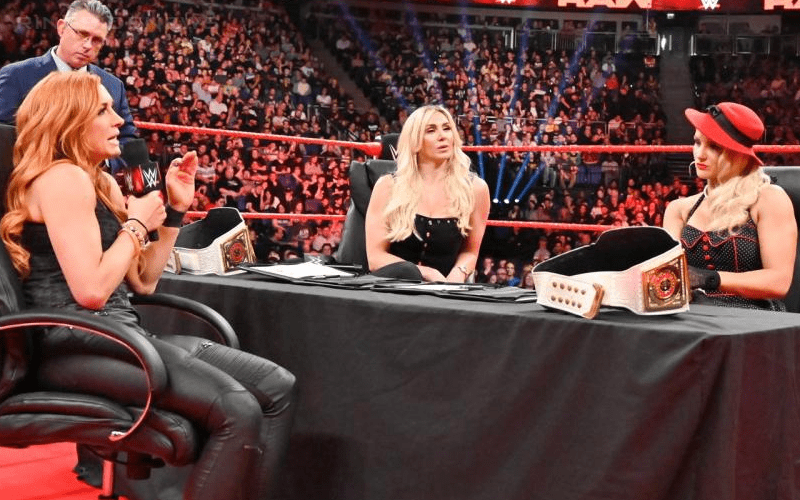 Vince McMahon seems to have an idea about how to book things and there is little anyone can do to change his mind. It looks like Becky Lynch is certainly noticing a trend because she has two matches at Money In The Bank defending her titles against two blondes.

Lynch has taken shots at Charlotte Flair for being Vince McMahon’s type before. She is a blonde and Vince McMahon apparently likes blondes. Now with Lacey Evans in the picture it is even more obvious.

WWE is full of incredibly talented entertainers. A fiery redhead might be the double champ in WWE, but she is facing two blondes on Sunday. There are, however, other hair colors on the roster she could be facing.

It was a clever burn and a great use of social media. The Man has grown quite accustomed to making her points online and this was no exception.