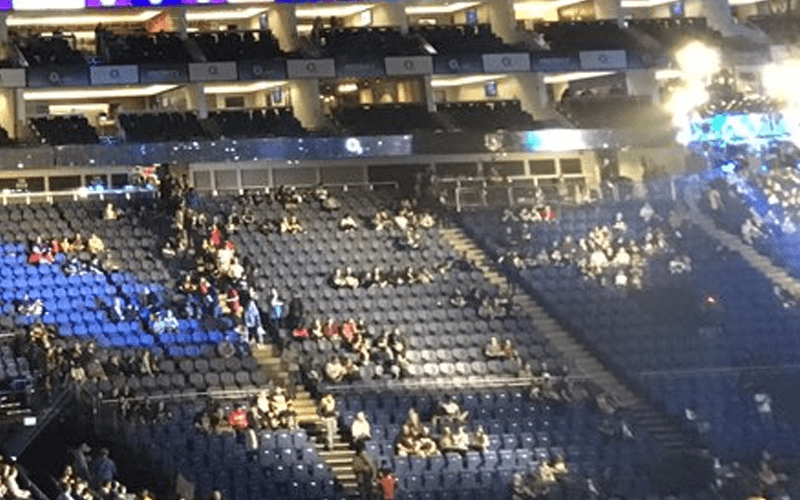 WWE brought RAW and SmackDown Live to London’s O2 Arena this week. RAW had a packed house, but it turns out not as many people were interested in the blue brand.

If you would like our complete SmackDown Live spoilers (that aren’t actually live this week) you can check out those complete results here.

As you can see from a photo tweeted out into the IWC for all to judge, WWE didn’t pull very many people at all on Tuesday. Those seats in the upperdeck that once had fans in them last night as the lights blinded them are now tarped off.

WWE will likely make due because they’re used to having low turn outs nowadays. So they will push people on one side and make sure the camera only catches seats with butts in them.

You might not be able to see the empty seats on TV, but you will probably notice a difference in the volume level during the blue brand’s show.

Even when the show kicked off and was well underway, it wasn’t as filled as RAW was last night.