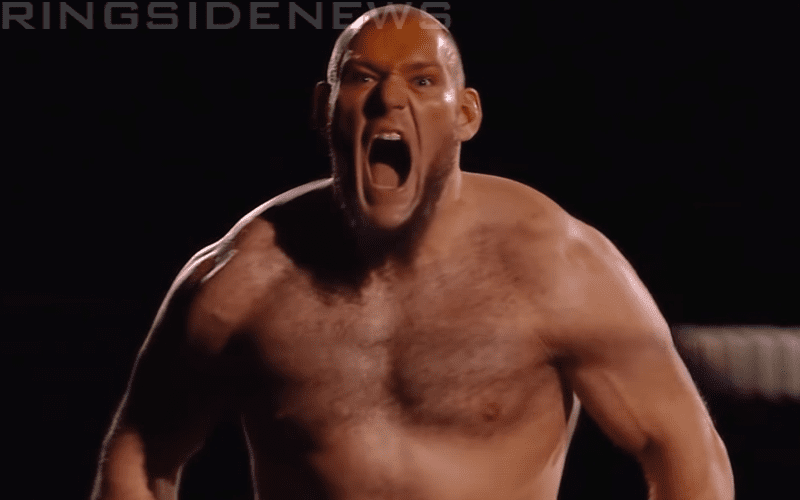 Lars Sullivan said a lot of things he shouldn’t have said on a bodybuilding message board a number of years ago. Now those comments are coming back in a big way and it will cost him.

WWE made it official today that they are fining Lars Sullivan $100,000 and he is also required to attend sensitivity training. That is a lot of money to fine a Superstar who just made his jump to the main roster.

Since the average NXT contract is around $80,000 a year it makes you wonder where that extra money will be coming from. It’s likely that Sullivan got a pay boost when he signed a main roster contract, but he probably doesn’t have that kind of money laying around.

David Bixenspan tweeted out saying that he contacted WWE for more information about exactly what Lars Sullivan’s fine was for. The response he received was rather broad.

I reached out to WWE to try to get clarification on the nature of Lars Sullivan’s $100,000 fine. When I asked if Lars is “being fined for the posts or not disclosing them when he signed,” a WWE spokesman told me that the fine was “For the broad issue covering all of the above.”

This is all well and good, but to a lot of fans the more important question is where the $100,000 fine will be going once Sullivan pays it. Because WWE already has plenty of cash.

It is also not known how WWE will be taking this money from Sullivan whether it will be in installments or some other kind of arrangement.

We will keep you updated on this on-going story right here at Ringside News as soon as more information is made available.