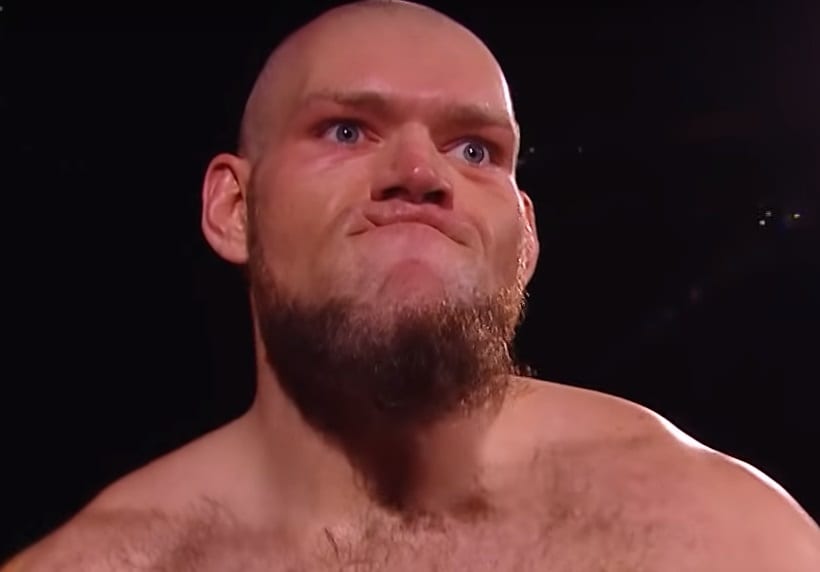 It doesn’t look like WWE will be keeping Lars Sullivan off television following his controversial remarks resurfacing online recently.

While Lars was absent from Monday’s episode of RAW, he was not absent from today’s SmackDown tapings in London, England. Lars appeared in a backstage segment that will air on tonight’s show.

As noted earlier today, WWE has reportedly fined Lars $100,000 for his remarks and will be required to complete sensitivity training.

WWE issued the below statement…

“Dylan Miley (aka Lars Sullivan) will be fined $100,000 and required to complete sensitivity training for offensive commentary uncovered from his past. WWE will also facilitate meetings for Dylan with community organizations to foster further discussion around the power of social media and the impact of your words.”