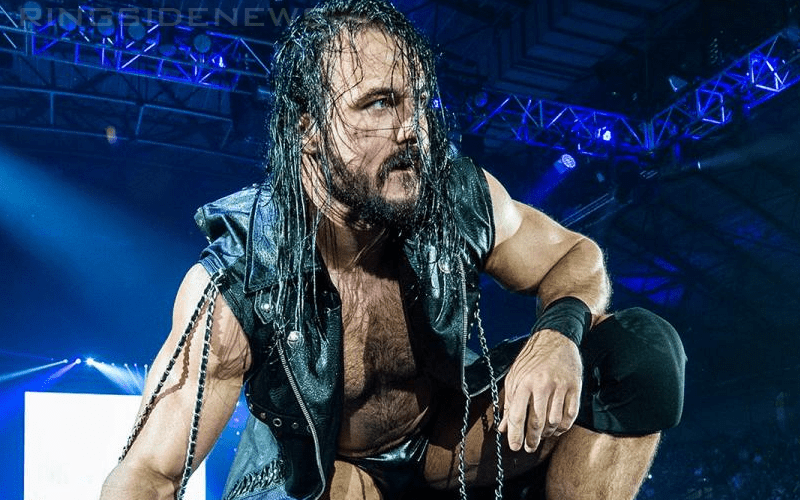 Drew McIntyre was released from WWE in 2014 and spent his time improving himself while working for Impact Wrestling and all around the indies in the United States and Europe. When he returned to WWE in 2017, McIntyre had evolved into a much different and well-polished Superstar.

NXT UK is experiencing a boom right now and McIntyre certainly notices. While he spoke with TalkSport, McIntyre was quite honest about his desires to try out NXT UK.

“I don’t just think about it, I harass Triple H,” Drew McIntyre replied when asked if he thought about going to NXT UK for a match or two. Then he took a moment to call Triple H out about this on the radio by asking to go to NXT UK.

Drew McIntyre has a fine home on the WWE main roster, but he certainly wouldn’t mind going back to the United Kingdom to perform in front of some fans who were around to experience his rebirth after his WWE exit.

We will have to wait and see what happens, but if Drew McIntyre has his way he’ll be the big main roster surprise during the next NXT UK: TakeOver event just as Finn Balor surprised Blackpool.