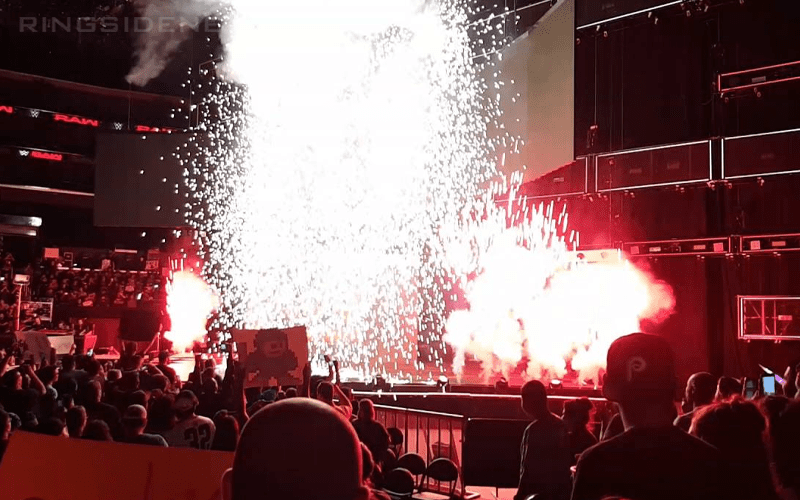 WWE’s live shows and television programs used to include a ton of thunderous pyro that really added to the show. Now it seems like we only see pyro during big events or when WWE travels to Saudi Arabia. However, it could be coming back.

Mike Johnson spoke about the idea of WWE bringing back pyro during PW Insider Elite audio. He said it is possible that WWE could re-implement pyro, but they don’t want to overdo it.

“That’s possible. If I was WWE I would certainly have the pyro on on the first episode of SmackDown on Fox. You wanna make it as big of a spectacle as possible. What I would do with WWE is save the pyro for important dramatic moments.”

A big match could use some pyro to accentuate its importance just as a pyro display could be helpful in hyping a live crowd before the show kicks off. The fact is that WWE has the money for a fireworks display every week if they wanted to bring it along with them.

Johnson also noted that he hasn’t heard much about production plans yet, “but you would think they’ll give SmackDown a complete overhaul and new look.”

With the new Fox deal and even more cash streaming into the money it looks like WWE might have some extra money to play with so fans could very well see pyro’s return.