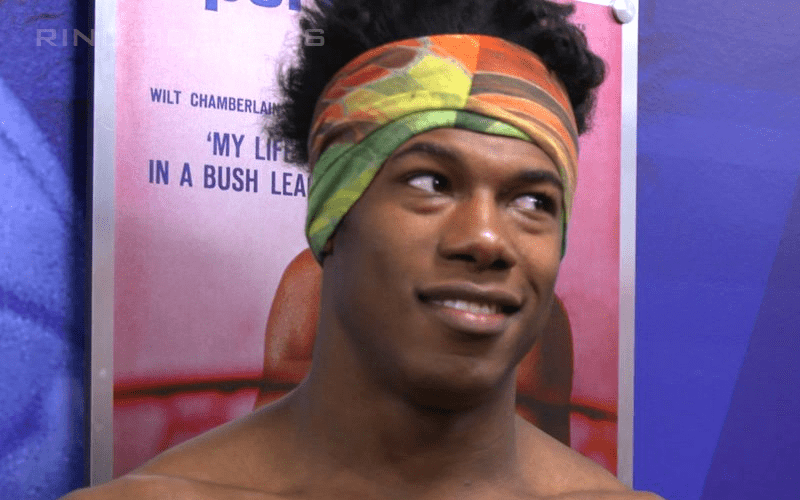 One of the great things about Velveteen Dream is that you just never quite know what he’s going to do next – whether it be in the ring, during his promos or even during his entrances.

Dream has been on a rocket ship to the top of NXT for the last few years, with many fans tipping him to become one of the biggest stars in all of WWE sooner rather than later. It’s not exactly hard to understand why people wold think that, either, given his overwhelming ability at such a young age.

Ahead of TakeOver: XXV fans have been speculating what Dream could do for his ‘big’ entrance and attire, and in addition to providing the WWE Universe with a little hint, he’s also taken us on a trip down memory lane.

While it’s always fun to see him thriving under the bright lights of NXT, the hope is that one day, he’ll be able to make a big splash on the main roster – but that’s far from a guarantee.

Dream is one of the most complex characters NXT has produced in years, and that can sometimes provide fans with a few concerns. That’s mainly because so many prior NXT stars haven’t really been booked all that great on Raw or SmackDown Live.

Whatever the case may be we’re excited to see what he can produce at the upcoming TakeOver, and we hope to see him continue to build his legacy for a few years to come.