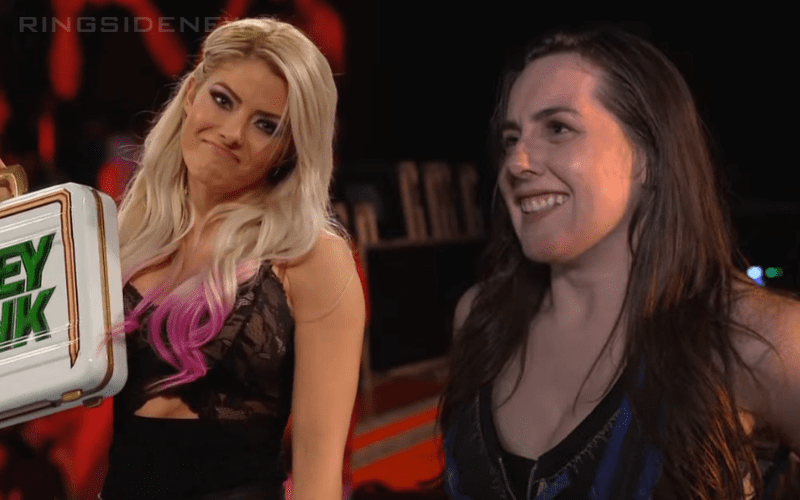 Nikki Cross might be getting a little bit of a refresher to her character. At least she is getting some kind of attention in WWE after being largely ignored since her main roster call-up.

Alexa Bliss couldn’t compete on RAW this week because someone lost her luggage. This was a terrible spot to be in, but Cross was around. Now Nikki and Alexa seem to be friends.

“I got here a few months ago and Alexa’s really been the first person to welcome me to Monday Night RAW. Being here, being at Monday Night RAW in London I grew up in Glasgow Scotland and I spent years and years performing for crowds in the United Kingdom before coming to WWE and it just feels amazing to come here not only getting to perform, but winning my match, my first huge victory on Monday Night RAW and I get to win that for me, I get to win that for Alexa, we got the win together. I couldn’t be more happy, I couldn’t be more excited and I just want to go out there and do it again. I’ll be right back, I’m gonna do it again.”

Nikki Cross said that Alexa Bliss has been going through a rough time recently so she gave Nikki a big hug after her match. Nikki said that she won the match for Bliss and hopes that Alexa would do the same for her. Cross also said it’s weird because she is just now getting used to having a friend.

If you remember Nikki Cross was threatening to ruin Alexa Bliss’ WrestleMania hosting gig too. That might be important to note because Bliss fired a shot back at her.

It is great that Nikki Cross is finally getting a spotlight, but it is interesting how she seems to be palling around with Alexa Bliss. After all, Bliss doesn’t have the best track record of keeping friends around.