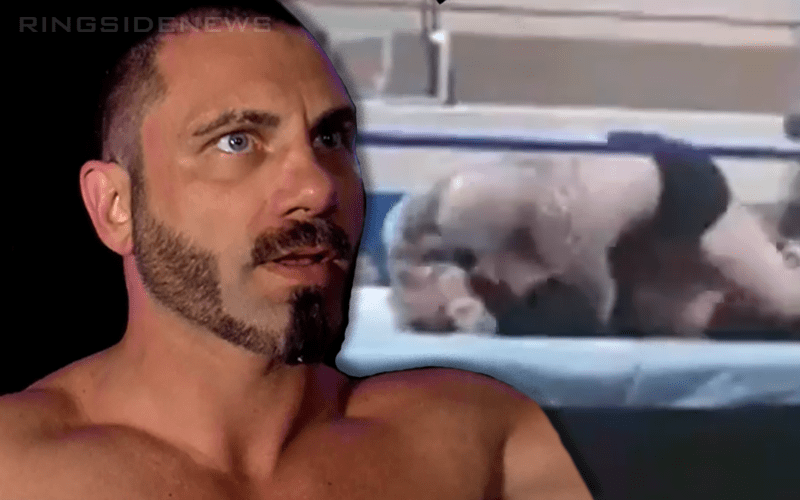 Pro wrestling has a lot of trust involved and recently one indie veteran took things to another level where they should never go. He broke that trust in the ring and shot on his opponent in a big way and it was a messy thing to watch go down.

If you want to see that disturbing footage you can click here. Austin Aries obviously saw it because he wants to teach this guy a big lesson.

Brad Anderson might have something of a problem on his hands now. Because Austin Aries seems game to beat the stuffing out of this guy. For the record, he’s not the only one because apparently he’s trying to get Frank Mir in on the action too.

Hey @thefrankmir, if f*ckwit here is man enough, I think I just found your next pro wrestling opponent.

If you accept Brad, we’ll personally pay your rate out of our own pockets, as Frank and I will just sacrifice a few days of post workout shakes for your last $40 payday.

Odds are Brad Anderson aka “Zan Panzer” won’t answer Austin Aries challenge. However, if the indie wrestling world is lucky Anderson won’t be getting many chances to betray the trust held in the pro wrestling business again for a very long time.