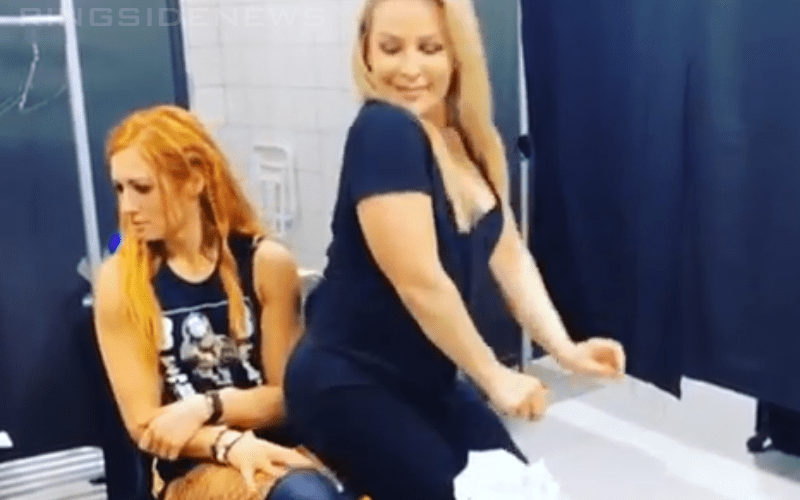 Becky Lynch is the champ-champ in WWE, but makes her even more of a target. This is especially true when it comes to getting danced on by Natalya.

The Queen Of Harts is having a great time with Beth Phoenix on WWE’s current European tour. This is a big opportunity for the Divas Of Doom to show that they still have what it takes. In the meantime, Nattie thought she would have some fun backstage.

Natalya posed a video of her dancing up on Becky Lynch and The Man doesn’t look like she’s into it at all.

“Becky Balboa respects my moves,” Nattie wrote on social media along with the hilarious video.

Those women are having a lot of fun on tour, but it looks like Becky Two Belts isn’t going to let anything break her focus.