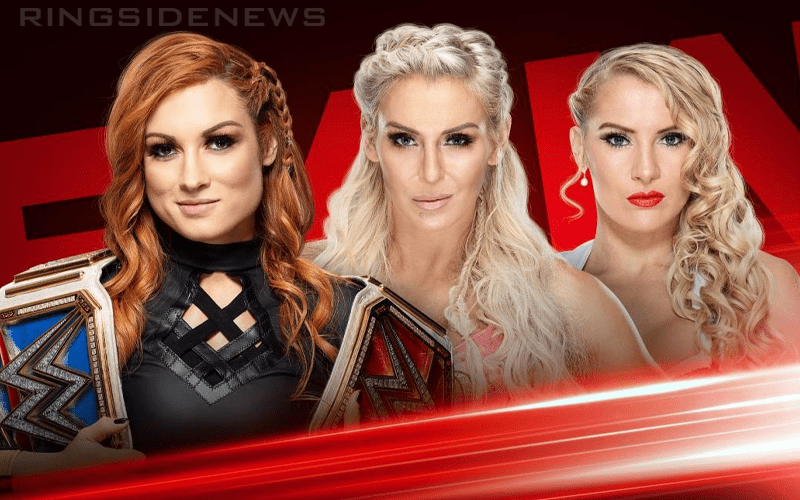 Becky Lynch is having a great time with two titles, but she will have to defend them both as well. This means The Man is double booked for Money In The Bank on May 19th.

Lynch will defend the RAW Women’s Title against Lacey Evans while Charlotte Flair will get a shot at the SmackDown Women’s Title. Needless to say, May 19th could be a long night for Becky Lynch.

WWE announced on Saturday afternoon that Becky Lynch will be having a double contract signing next week on RAW. That means Becky Two Belts will have a face-to-face with two Superstars that she will face at Money In The Bank.

A fatal four-way between the women from the RAW brand who are competing in the Money In The Bank ladder match is also booked for the show. This will see Natalya vs Alexa Bliss vs Dana Brooke vs Naomi.

Miz TV featuring Roman Reigns will also be included on RAW next week. Reigns will be taking advantage of WWE’s Wild Card Rule for two weeks in a row in order to make this happen.

The show will be pre-recorded from London’s O2 Arena and we will have all of the spoilers for you right her at Ringside News.