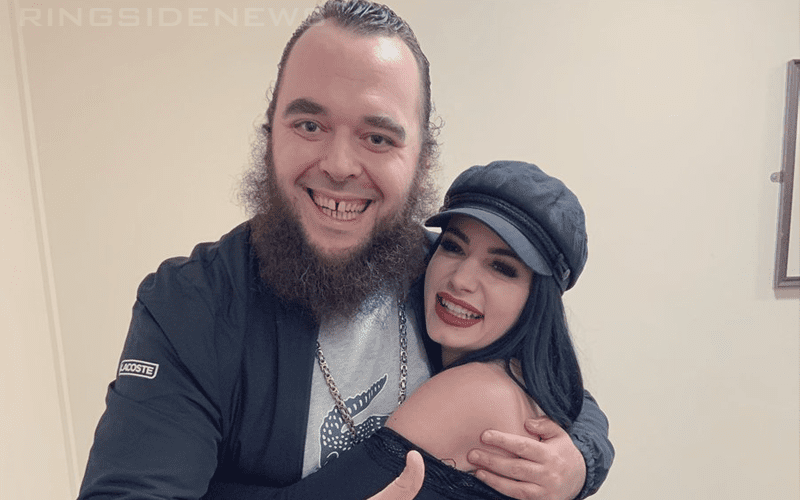 Fans have grown very fond of Paige’s famous wrestling family. “Fighting With My Family” included a lot of people from her life, but one brother was not featured.

Paige has a big brother named Asa who she almost never sees because he is institutionalized. Although his condition has not been made public, he must live in a mental hospital.

In a post from March last year, Paige opened up about her brother that she rarely talks about.

I don’t think I’ve ever posted a pic of my brother Asa. Only because I’ve always wanted to keep his life private. But I haven’t been able to see my brother in 6 years.. or hear his voice in a long time. Asa although he may not look sick. He is. He’s been in and out of mental institutions for most of his life. Now he’s a permanent resident of one for the past 7 years.

Today was a very special day because Paige got to spend it with her brother on his birthday.

He only gets one day out of the hospital every year and this was the day. You could tell that the two were very happy to be reunited as she posted a picture and they were both all smiles.

Happy birthday to my big bro Asa! My bro that I don’t usually share very much with the internet because it can be a cruel place. Hope you have an amazing day. He’s allowed one day out a year of the hospital and today’s the day. Love you so much

Paige explained that the internet “can be a cruel place” and that is 100% correct. Mental illness should never have a stigma on it where someone should be ashamed, but sadly, some people can’t help but take shots when they don’t understand how severe an issue is.

This was a pretty great day for Paige and we are glad that she was able to share it with her fans. Hopefully, Asa had a great time with his little sister too.