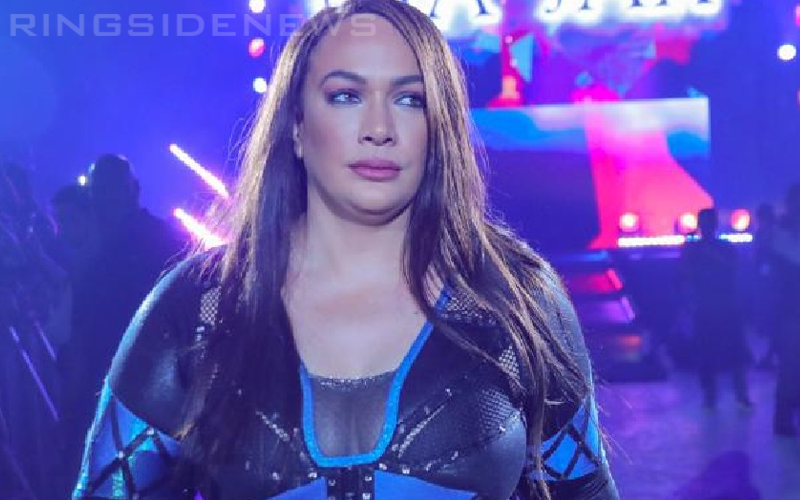 Nia Jax is out of action after needing double knee surgery. She worked through WrestleMania, but could not hold it off any longer. After all, she had been working injured for a while up to that point.

The Irresistible Force recently uploaded a video on social media featuring herself working out hard in the gym. It looks like her recover is going well, but fans could not stop talking about Nia Jax’s new hair style.

While using #RespectTheHawk in her post, it certainly drew attention to her hair. Jax explained this new hair style choice to a fan when they asked what is up with her new look.

“Growing out them natural curls.”

We will have to wait and see if the curls are something that she is growing out during her injury or whether she plans on returning with this new appearance. She also recently uploaded a video showing off her natural hair and explained the pride she has from it as well.

The good news is that she seems to be working hard on that WWE return so hopefully, we will see Nia Jax come back soon, but this kind of thing cannot be rushed.