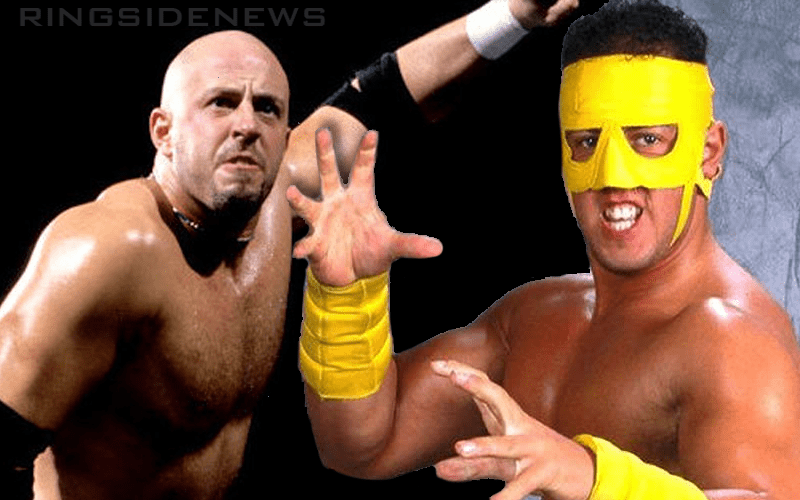 Justin Credible has been on the road to getting back on the right track for a while and hopefully, he is making great strides in that regard. He recently dusted off an old gimmick and put a pretty big tease out there too.

Credible performed as Aldo Montoya during the mid 1990’s in WWE. This masked character was eventually dropped, but it looks like there is now a possibility that we could see a return of Credible’s old gimmick.

“Moving into a new apartment and look what I found… Aldo Montoya. Yeah, crazy right? I don’t know, maybe we’ll see a return.”

Justin Credible doesn’t seem to be making the best headlines for himself so maybe he’ll do better as Aldo Montoya. It is certainly interesting that Credible seems to have held onto this old ring attire for nearly 25 years.