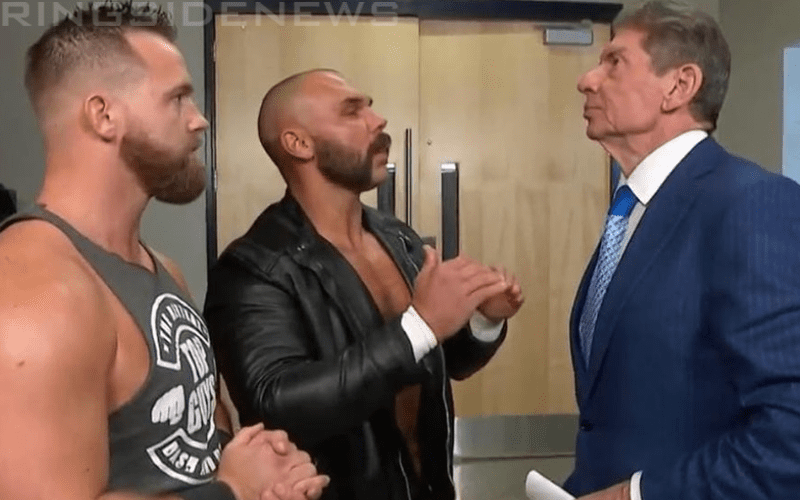 The Revival did not like the way WWE was treating them so they told the company that they wanted a release. This was followed by a promise from WWE to make The Top Guys a focal point of the tag team division. Now it seems that they are telling a different story on television.

Scott Dawson and Dash Wilder turned down big WWE contracts and said that they are going to wait things out. This resulted in WWE embarrassing them for weeks and that might not stop any time soon.

However, if you ask Scott Dawson, apparently he thinks that Vince McMahon is The Revival’s best friend. He posted a picture of the three of them together with a caption that shared this opinion.

We will have to wait and see if the burial of The Revival will continue. At this rate WWE might just turn The Revival babyface with the fans and have an opposite effect than their desired outcome.

Then again, maybe it is Vince McMahon’s goal to make The Revival incredibly popular as he continues to torment them every single week.