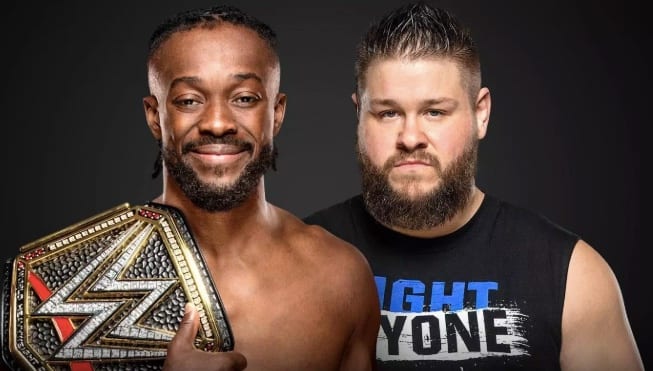 As seen on Sky Bet, the betting odds for Kofi Kingston vs Kevin Owens at Money in the Bank have been released.

Kofi’s run with the WWE Championship hasn’t exactly lived up to the hype of his actual win at WrestleMania just yet, but he’s certainly starting to get there. He’s knocking off contenders, he’s building a unique personality for himself, and he’s adapting well to his surroundings as a main event level superstar.

At Money in the Bank, however, he’ll be tested in a big way when he defends the title against Kevin Owens. The former Universal Champion recently turned on Kofi, just weeks after returning to WWE television as a babyface.

The betting odds have Kofi as the favourite to retain his belt at 4/9, whereas Owens is the 13/8 underdog. That may come as something of a minor surprise to some fans who thought KO could be the man to quickly take the strap off of Kingston.

Money in the Bank is going to be a pretty stacked card, so it’ll be interesting to see what Owens and Kofi can do in order to stand out. They most likely won’t be featured in the main event of the evening, but going on after the men’s MITB match could indicate an impending cash-in.

WWE clearly has some level of trust in Kofi as the champion, but we’re intrigued to see just how long he gets in this first reign. Hopefully, we get an extended feud with Randy Orton given their history together.