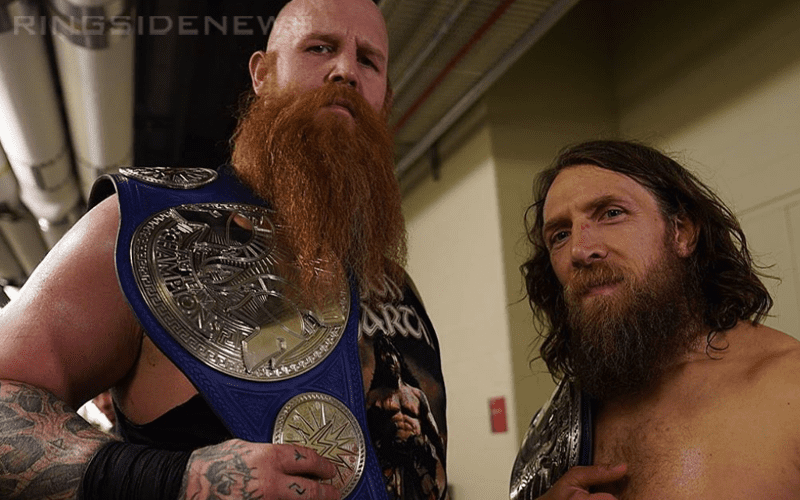 WWE crowned new SmackDown Tag Team Champions last night. Shane McMahon initially came down just to hand the titles over to Daniel Bryan and Rowan, but The Usos caused them to earn their titles.

After a hard-fought victory, Daniel Bryan and Rowan were able to prove that they deserve to be the blue brand’s tag team champs. They were quite pleased with their performance as well as they cut a promo after the match. Specifically, Bryan was asked about the “leather around his shoulder right now.” Then he turned things in a different direction after saying that he will have the titles changed just like he did for the WWE Title.

“Is that a joke? Because there’s a lot of joking in the tag team division recently. Like it’s a joke that I’m not going to have these changed.”

Bryan went on to talk about how all of the tag teams are joking around like tag teams are a joke. He said that women talked about main eventing WrestleMania and it happened, but nobody has ever talked about the tag team division headlining the show of shows “because they go out there and do Thanksgiving turkey fights.”

We might see a much different presentation of the SmackDown Tag Team titles with these new champions. That might not be limited to Bryan insisting that WWE change out the leather straps too.