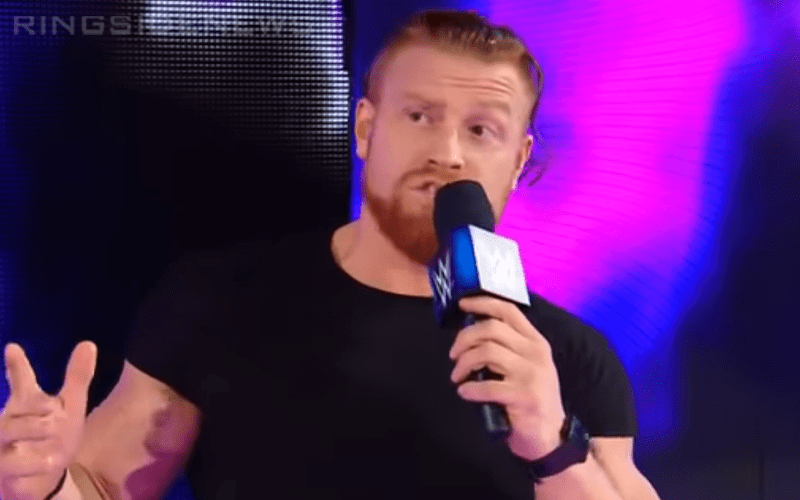 Buddy Murphy had an impressive run as WWE Cruiserweight Champion and then that ended during the WrestleMania kickoff show. Now he is a member of the blue brand, but you might not realize it unless you are watching the show live.

Murphy made his WWE main roster debut with a promo last night, but you wouldn’t have seen it unless you were in Louisville. Because Murphy came out during a commercial break.

It seems as if they’re doing this more often recently. Mojo Rawley came out during RAW to cut a promo in his new character during a commercial break and the IIconics did the same. Now Buddy Murphy got a shot to entertain the crowd while the sponsors were running ads.

Murphy came out while Ali was in the ring before his match against Andrade on SmackDown Live this week. Buddy is the best kept secret in WWE and everyone will soon know his name. However, that might be easier to do if his segment actually made it to television.

Buddy Murphy owned the microphone well and he looked confident, but he still didn’t appear on television. Thanks to WWE’s YouTube channel we can see what he had to say.