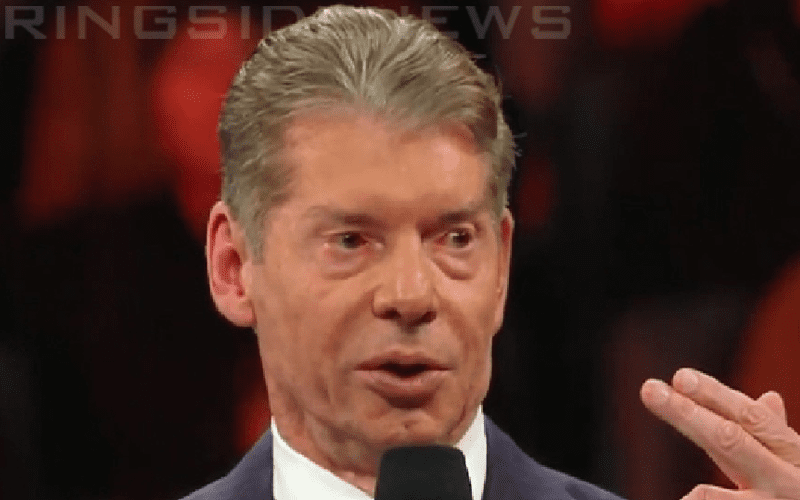 Vince McMahon went through a lot as a child. He might not want to talk about it much now, but in 2001 he spilled it all out for Playboy Magazine.

The WWE owner sat down with the famous mature magazine and he was very candid about every response he gave. It’s hard to imagine that he was kayfabing anything he said because the stories he had from his past wouldn’t be the kind of thing you would want to make up.

When asked about his early sexual experiences, Vince McMahon said that in the first grade his stepbrother and his “girlfriends” took little Vince to a movie. This resulted in the first time he remembers having an “initiation into sex.”

That was at a very young age. I remembered, probably in the first grade, being invited to a matinee film with my stepbrother and his girlfriends, and I remember them playing with me. Playing with my penis, and giggling. I thought that was pretty cool. That was my initiation into sex. At that age you don’t necessarily achieve an erection, but it was cool.

His early experiences didn’t stop at the movie theater. Because there was also a girl around his own age at the time who was “in essence” his cousin. McMahon said that this girl later married his stepfather as well, the same man who abused Vince McMahon. During that same interview Vince said it was a shame his stepfather died before he could kill him.

The rest of what he had to say about his cousin is rather graphic, but suffice it to say he ended up naked in the woods with his cousin.

At around the same time there was a girl my age who was, in essence, my cousin. Later in life she actually wound up marrying that asshole Leo Lupton, my stepfather! Boy, this sounds like Tobacco Road. Anyway, I remember the two of us being so curious about each other’s bodies but not knowing what the hell to do. We would go into the woods and get naked together. It felt good. And for some reason I wanted to put crushed leaves into her. Don’t know why, but I remember that. I don’t remember the first time I had intercourse, believe it or not.

Vince McMahon is a very complicated individual. He really did start from nothing and now he is running the world’s largest sports entertainment company. It is remarkable that he was able to get this far as well which only proves that it’s not about where you came from, it’s about how hard you’re willing to work.

It also doesn’t hurt if you have a father that already owns a huge stake in the business that you wish to dominate.